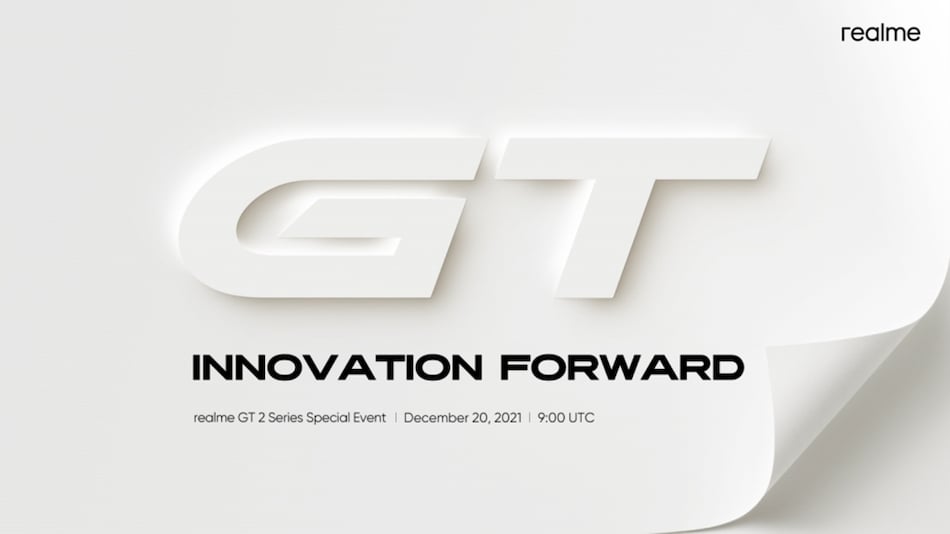 Realme GT 2 series launch is taking place today (December 20). The new series is expected to bring Realme GT 2 Pro — the next-generation flagship smartphone by the Chinese company. The handset is already confirmed to get the top-end Snapdragon 8 Gen 1 SoC. It is also tipped to have premium features including an under-display selfie camera. The Realme GT 2 Pro may debut alongside the regular Realme GT 2 that would come with specifications similar to those of the flagship, but with a few compromises.

The Realme GT 2 series launch will begin at 9am UTC (2:30pm IST) today. The event will be livestreamed on YouTube. You can watch it through the video player embedded below.

Last month, Realme confirmed the existence of Realme GT 2 Pro. The smartphone also purportedly received certifications from authorities including the China Compulsory Certification (3C) and the US Federal Communications Commission (FCC). The Realme GT 2 Pro is tipped to launch in India in the first quarter of 2022.

On the specifications front, Realme GT 2 Pro will be powered by the Snapdragon 8 Gen 1 SoC. The smartphone is tipped to have a 6.8-inch WQHD+ OLED display with a 120Hz refresh rate and include a triple rear camera setup with a 50-megapixel primary sensor. Realme GT 2 Pro is also said to have up to 12GB of RAM and a maximum of 512GB storage. It may also include a 150-degree ultra-wide shooter.

AT&T, Verizon, Others to Pay $6 Million to Settle Probes Over Failed 911 Calls During 2020 Network Outages