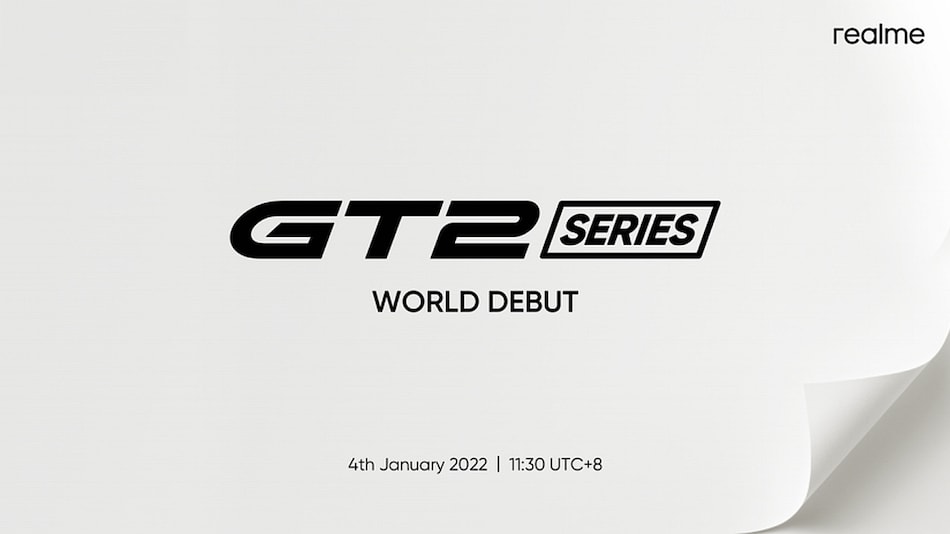 Realme GT 2 launch date is now confirmed to be January 4 in China. The premium smartphone from the Chinese tech giant is likely to be the first smartphone powered by the newly launched Snapdragon 8 Gen 1 SoC. Earlier this week, Realme announced three new technologies coming with the GT 2 series that the company claims are the "world's first innovations" in the smartphone industry. These comprise design, camera, and communication features for Realme GT 2 Pro. The upcoming flagship series is said to consist of vanilla Realme GT 2 and Realme GT 2 Pro.

Through a press release, Realme announced that it will launch its upcoming Realme GT 2 series on January 4 at 11:30am CST Asia (9am IST). It mentions that its flagship series will launch in China. Apart from this, there is no information about the launch of the two smartphones.

On Monday, Realme introduced three new technologies, calling them "world's first innovations" in the smartphone industry. These will be applied to design, camera, and communication features for Realme GT 2 Pro.

Realme will give its flagship smartphone a new ultra-wide-angle sensor with a 150-degree field of view (FoV). This is claimed to be 273 percent better than the 89-degrees field-of-view of the primary wide-angle sensor. Realme has also introduced a fisheye mode that is claimed to make photographs more appealing with its "ultra-long depth of field effect."

The Chinese smartphone manufacturer has equipped Realme GT 2 Pro with an Antenna Array Matrix System that consists of the world's first "Ultra Wide Band HyperSmart Antenna Switching" system. This system consists of 12 antennas covering all sides of the smartphone and is claimed to support mainstream bands in almost all directions with the same signal strength. Additionally, Realme GT 2 Pro will also get a Wi-Fi enhancer and 360-degree NFC support.

Realme GT 2 Pro series of smartphones has been co-designed by renowned Japanese designer Naoto Fukasawa, much like the previous Master Edition smartphones from Realme.