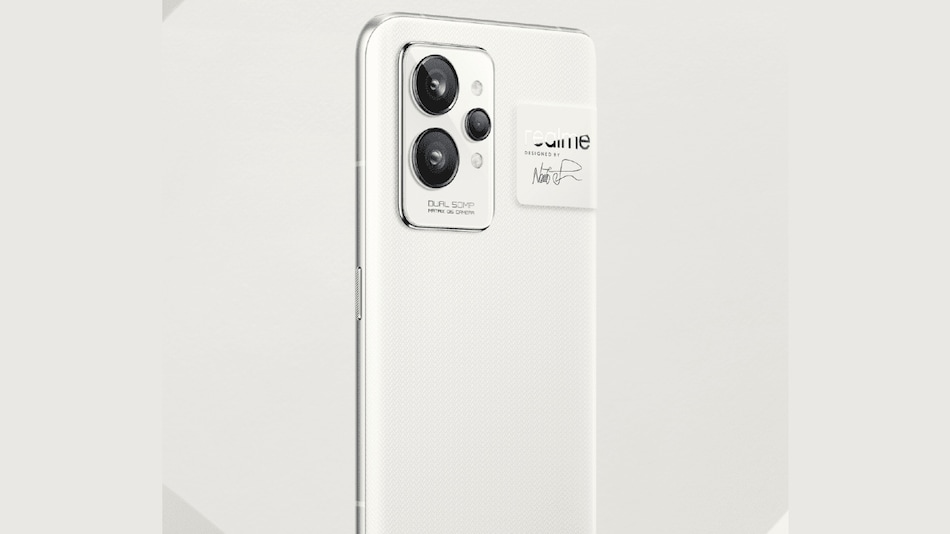 Realme GT 2 Pro will get a 50-megapixel primary camera

Realme GT 2 series of smartphones will be launched today (Tuesday, January 4). The lineup is rumoured to feature the vanilla Realme GT 2, Realme GT 2 Pro, and Realme GT 2 Master Edition. The series will be among a handful of smartphones that will be powered by the Qualcomm Snapdragon 8 Gen 1 SoC. Last month, Realme also introduced three world-first innovations that pertain to design, photography and communication. The Realme GT 2 Pro is confirmed to come with an ultra-wide angle camera with 150-degree field of view and fisheye mode.

Realme GT 2 series launch will be held in China at 7:30pm CST Asia (5pm IST). The launch event will be livestreamed through the company's China website and Weibo.

All the smartphones in the series are claimed to be powered by the Qualcomm Snapdragon 8 Gen 1 SoC. The SoC may come with a new ‘Diamond Ice Core Cooling Plus' technology along with a supersized vapour chamber (VC) liquid cooling area to deliver enhanced thermal management. However, a report said that the vanilla Realme GT 2 model may come with a Qualcomm Snapdragon 888 SoC, which is likely to be paired with 8GB/ 12GB of RAM and 128GB/ 256GB of storage.

The Realme GT 2 is speculated to come with a triple rear camera setup with a 50-megapixel sensor, an 8-megapixel secondary and a 2-megapixel tertiary sensor. It may feature a 16-megapixel camera for selfies. The phone could pack a 5,000mAh dual-cell battery with 65W fast charging support via a USB Type-C charging port.

Meanwhile, the Realme GT 2 Pro is teased to sport a 6.7-inch 2K display with thin bezels and hole-punch cutout on the top left corner of the screen. Realme confirmed that the phone will get a Samsung panel with a resolution of 1,440x3,216 pixels and a 120Hz refresh rate. It will have LTPO technology, and Gorilla Glass Victus protection. One of the features could be a fingerprint sensor with “Heart Rate Detection”.

As far as the camera specifications of the Realme GT 2 Pro are concerned, the smartphone will get a 50-megapixel Sony IMX766 primary camera with optical image stabilisation (OIS). The second sensor in the triple rear camera setup is likely to be a 50-megapixel one, and it will be paired with a lens that offers a 150-degree field-of-view. Additionally, the handset will also get a fisheye mode. The last two features are confirmed to be present on the iQoo 9 Pro. There will also be a Microscope 2.0 lens that is boasted to capture “extreme micro” images.