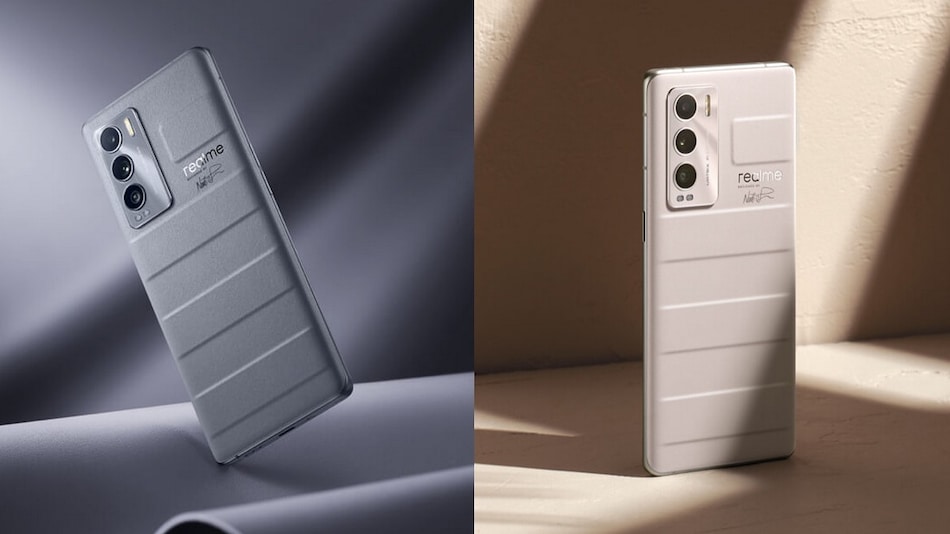 Realme GT 2 Master Explorer Edition will come with support for 100W fast charging, as per a 3C listing. The smartphone has already made its way to another Chinese certification website TENAA. The specifications of the rumoured smartphone were leaked earlier this month and they include an OLED panel with a 120Hz refresh rate as well as a Snapdragon 8+ Gen 1 SoC. A tipster had previously claimed that the phone could be equipped with a 50-megapixel camera and may come with support of up to 150W fast charging.

Apart from model numbers, the TENAA and AnTuTu platforms listed a few specifications of the rumoured Realme GT 2 Master Explorer Edition. The TENAA listing suggested that the phone may come with a 6.7-inch full-HD+ (1,080x2,412 pixels) AMOLED display. It could be offered in three RAM — 6GB, 8GB, and 12GB — as well as three inbuilt storage — 128GB, 256GB, and 512GB — options. There could be a triple rear camera setup with two 50-megapixel sensors and one 2-megapixel sensor. At the front, the phone is listed to come with a 16-megapixel selfie camera. The phone is indicated to sport an in-display fingerprint sensor and three colour options: Green, White, and Brown.

Other specifications, including the SoC and battery information, were tipped by the AnTuTu listing. The Realme GT 2 Explorer Master Edition is said to be powered by the Snapdragon 8+ Gen 1 SoC. It also claims the phone will get up to 12GB of RAM and up to 512GB of storage — which is in line with the TENAA specifications. The phone could sport a 120Hz OLED display and run on Android 12-based Realme UI 3.0. Sharma previously claimed that the phone said to be equipped with a 4,800mAh or 5,000mAh battery with support for 100W and 150W fast charging support.