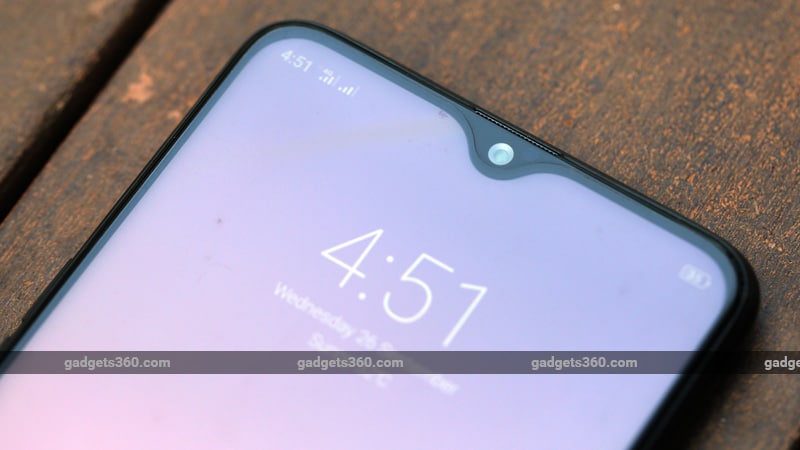 A budget-oriented spinoff from Oppo, Realme has released three of its phones in the Indian market already, within a few months of launch. Having been praised for offering premium internals and a well-built design at a low price point, it appears Realme Mobiles has been going through a tough time sustaining its price tags given the falling rupee and the company's thin margins. CEO Madhav Sheth has hinted that the prices of Realme mobiles might be getting a hike after Diwali this year, if the phone maker is not able to come up with a solution. He also teased an upcoming Realme phone with Oppo's proprietary VOOC charging technology.

Sheth took to Twitter on Friday to reveal that Realme is looking to possibly “upgrade the pricing” of its smartphone lineup because of the falling value of the Indian rupee. “We are trying to figure out a solution post Diwali,” he said. However, these things are not confirmed yet, and the company would be looking for ways to avoid a price hike.

While disappointing for its customers, an increase in price might also be a dealbreaker for Realme's sales. With the launch of its Realme 2 Pro smartphone, the smartphone maker hopped into the premium mid-range smartphone segment dominated by players like Xiaomi, Asus, and lately, Nokia. If the price point of the Realme 2 Pro goes up by even a few thousand rupees per variant, the deal might not sound lucrative enough for the customer to prefer a relatively new brand as compared to established ones like those mentioned above.

However, this is not an unprecedented decision, if indeed taken, in the Indian market. Chinese phone giant Xiaomi did it earlier this year with the Redmi Note 5 Pro smartphone and its Mi TV 4 smart LED TV. Prices for both of these gadgets were increased by Rs. 1,000 and Rs. 5,000, respectively, given the sudden depreciation of the rupee. Additionally, the company also announced that the prices of the Redmi 6A and Redmi 6 would be introductory in nature and might be increased in the next couple of months after launch.

In a reply to another user on Twitter, Madhav Sheth also hinted at the possibility of a Realme smartphone with Oppo's VOOC charging technology that supports up to 5V 4A charging.

Twitter Deletes Over 10,000 Accounts That Sought to Discourage US Voting
Motorola One Power With Android 9.0 Pie Spotted on Geekbench, Suggests On-Time Rollout