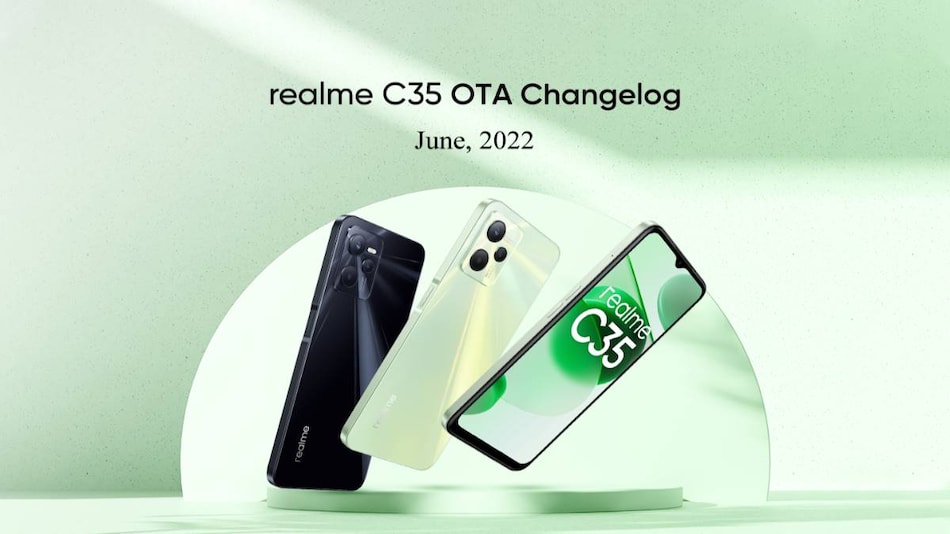 The Realme C35 starts receiving the OTA changelog for June 2022

Realme C35 is receiving an OTA update for June 2022 along with the May 2022 Android security patch. The changelog confirms that the update brings device stability and system-level improvements. The update, however, currently is rolling out in a staged manner. The Realme C35 was launched in India in the month of March and the phone comes with an octa-core Unisoc SoC. It has a triple rear camera setup with a 50-megapixel primary sensor and is packed with a 5,000mAh battery.

The firmware version for the latest Realme C35 update is RMX3511_11.A.33. The update is rolling out to limited Indian users, as of now, and will have a broader rollout in a few days. The changelog posted last week by the company suggests that the Realme C35 update comes with the latest May 2022 Android security patch. It has been claimed to fix some known issues and improve system stability. Also, it brings system-level improvements to the handset.

The OTA update for the Realme C35 is rolling out in stages, as mentioned above. Hence, the users will get a push notification to download the update. They can check for the update even manually by heading to Settings > About Phone > System update, if they haven't already received a notification.

To recall, the Realme C35 was launched in India in March this year. The smartphone's price in India starts at Rs. 11,999 for the base 4GB RAM + 64GB storage variant and comes in Glowing Black and Glowing Green colours.

However, the smartphone was initially launched in Thailand in the month of February.

The Realme C35 runs on Android 11 with Realme UI R Edition on top and features a 6.6-inch full-HD+ (1,080x2,408 pixels) display with a 90.7 percent screen-to-body ratio. The phone has an octa-core Unisoc T616 SoC, under the hood. Moreover, it is packed with a triple rear camera setup.