Realme C2s is just a rebranded version of the vanilla Realme C2 for the Thai market. 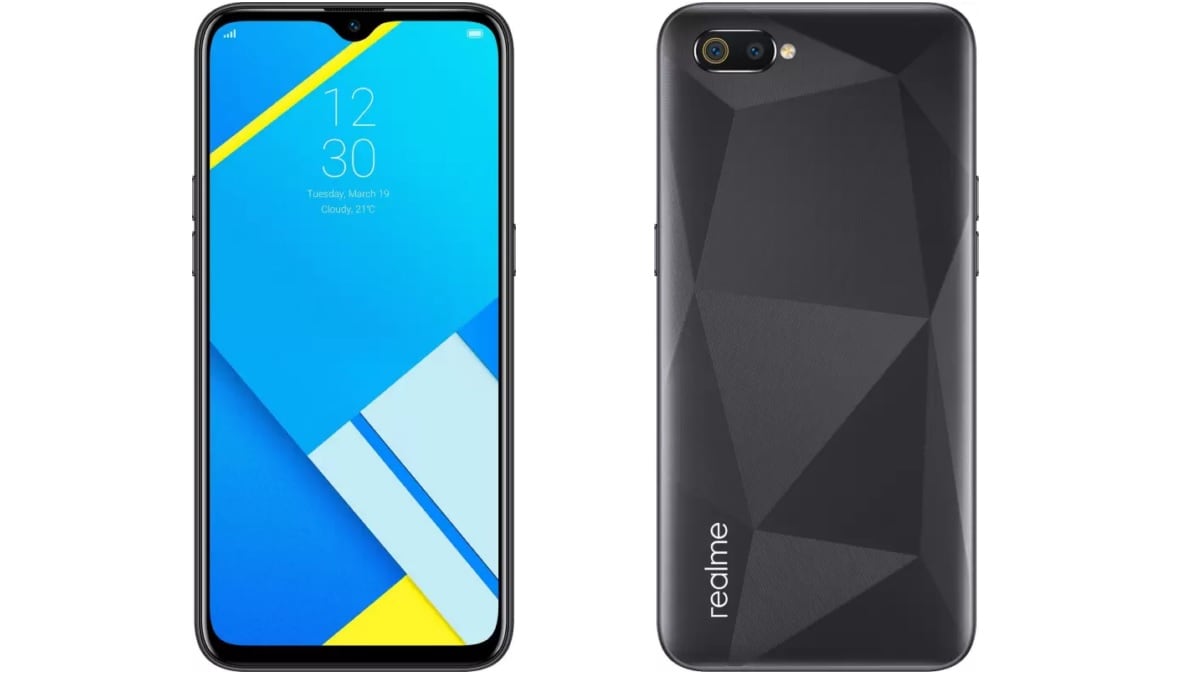 Realme C2s has quietly been launched, a rebranded version of the Realme C2 with identical specifications and design. The Realme C2s has only been launched in Thailand so far, and most likely won't make its way to the Indian market. As far as specifications go, it is powered by the MediaTek Helio P22 SoC and features a 6.1-inch IPS LCD display with a waterdrop notch. The Realme C2s features a dual rear camera setup, just like the standard Realme C2, and comes equipped with a 4,000mAh battery.

Realme C2s has been priced at THB 1,290 (roughly Rs. 3,000) for the sole 3GB RAM + 32GB storage variant. The phone is now available from 7-Eleven retail stores in Thailand, and must be purchased with a TrueMoveH monthly carrier plan in the country. Realme is also offering a pair of wired headphones priced at THB 299 (roughly Rs. 700) with the Realme C2s for a limited time.

The dual-SIM Realme C2s runs Android Pie with the ColorOS 6.1 skin on top. The new Realme phone features a 6.1-inch HD+ (720x1560 pixels) display with 19.5:9 aspect ratio and is protected by a layer of Corning Gorilla Glass 3 for protection. It draws power from the octa-core MediaTek Helio P22 SoC paired with 3GB of RAM and 32GB of internal storage that can further be expanded via a microSD card (up to 256GB).

Talking about the imaging hardware, the phone has a dual rear camera setup identical to that on the Realme C2. It includes a 13-megapixel main camera with an f/2.2 lens, accompanied by a 2-megapixel depth sensor with an f/2.4 aperture. On the front is a 5-megapixel selfie camera with an f/2.0 lens. The Realme C2s comes equipped with a 4,000mAh battery. Connectivity options on the phone include 4G VoLTE, Wi-Fi, Bluetooth v4.2, GPS, and a 3.5mm headphone jack, and it measures 154.3 x 73.7 x 8.5mm.