Realme C25Y price is not known, though it will be a budget smartphone. 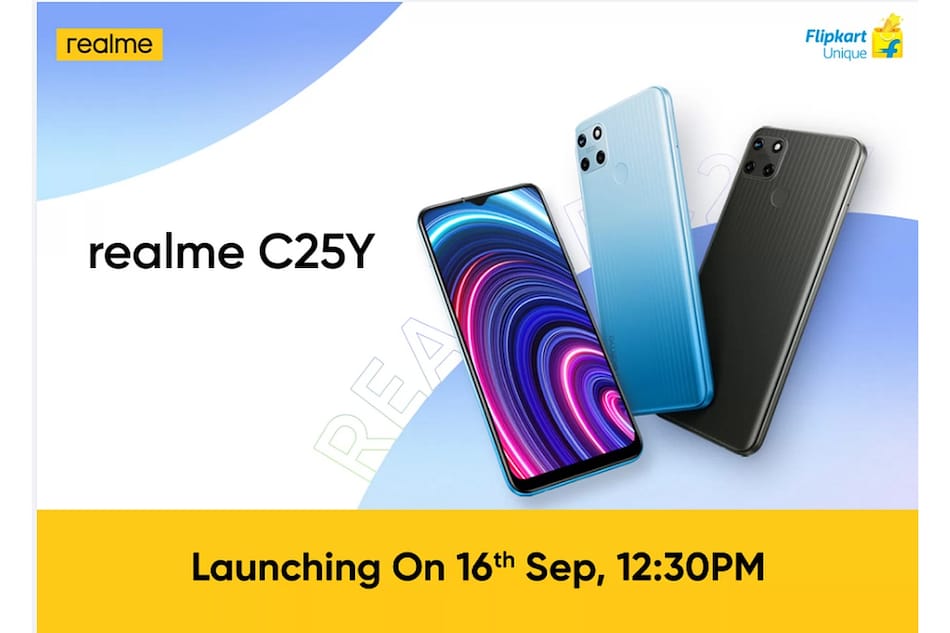 Realme C25Y is the latest smartphone that is going to be launched by the company in India. The smartphone is set to launch on Thursday, September 16, as per a release shared by Realme. Not much information is known about the smartphone has been revealed in the announcement by the Realme apart from a few key specifications. Realme C25Y will be unveiled on the official website along with the e-commerce giant, Flipkart. However, there is no information on the price of the upcoming smartphone yet.

As per the press release, the Realme C25Y will come with a Unisoc T610 SoC, a 50-megapixel AI-enabled primary sensor, a big battery, and more. Further information regarding the smartphone has not been made available yet. However, Realme mentions that the upcoming smartphone will pack features that provide users with all-day performance.

Through the images shared by Realme, it can be seen that the Realme C25Y will come with a waterdrop-style notch for the selfie camera. The display, whose size is unknown as of now, will come with thin bezels on three sides but a very thick chin. The right spine of the smartphone is shown with a SIM tray. The back of the smartphone is shown with a triple rear camera setup housed in a square module. There is a circular fingerprint scanner at the back and the panel gets a pinstripe-style design.