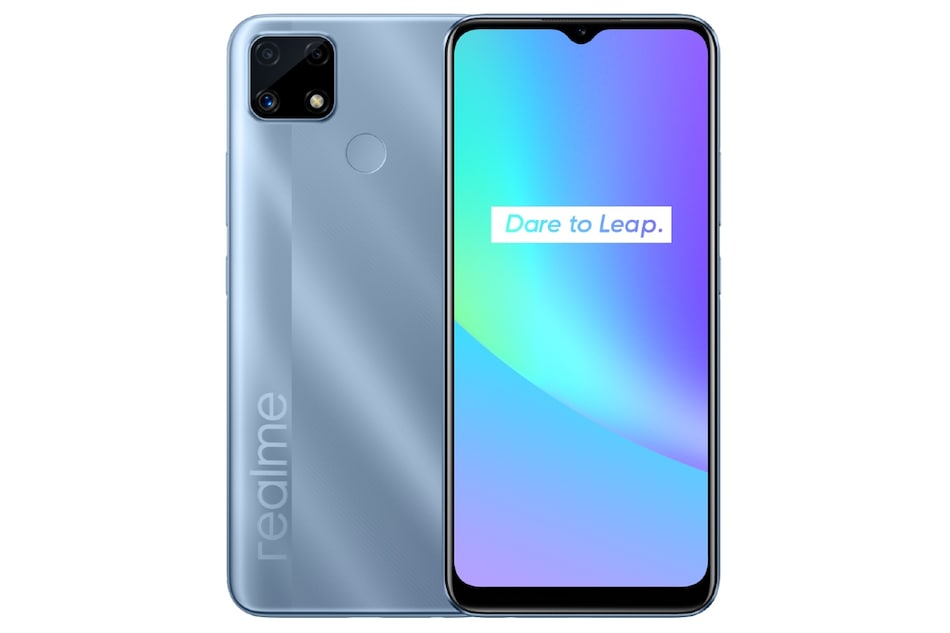 Realme C25s price and specifications have been leaked online. The yet-to-be-announced Realme phone, which is expected to be the company's next affordable model, is said to debut as early as June 12. It is expected to come with the same display as the Realme C25. However, a camera upgrade can be expected this time. The Realme C25s is also said to come with an upgraded MediaTek SoC. The details about the Realme C25s have notably emerged shortly after the handset appeared on certification sites including Thailand's National Broadcasting and Telecommunications Commission (NBTC) and Russia's Eurasian Economic Commission (EEC) with the model number RMX3195.

GizChina has reported the details about the Realme C25s ahead of its official announcement. The new smartphone is speculated to launch in China on June 12.

Realme C25s price is said to be around $170 (roughly Rs. 12,300) for the 4GB RAM + 128GB storage variant, as per the report. The smartphone is rumoured to launch in India in June — around the time it arrives in China. However, details about the India pricing of the Realme C25s are not out yet.

In terms of specifications, the report claims that the Realme C25s will come with a 6.5-inch HD+ (720x1,600 pixels) display with a peak brightness of 570 cd/m2. The smartphone is also said to have a waterdrop-style display notch. Further, it is tipped to have an octa-core MediaTek Helio G85 SoC — an upgrade over the MediaTek Helio G70 available on the Realme C25. The phone could come with 4GB of LPDDR4x RAM and 128GB of onboard storage with expansion support via a microSD card.

The Realme C25s is said to have a triple rear camera setup, with a 48-megapixel primary sensor. It is also rumoured to have two 2-megapixel sensors. And an 8-megapixel selfie camera sensor will be available at the front, according to the report.