Realme C25 will be powered by the MediaTek Helio G70 SoC. 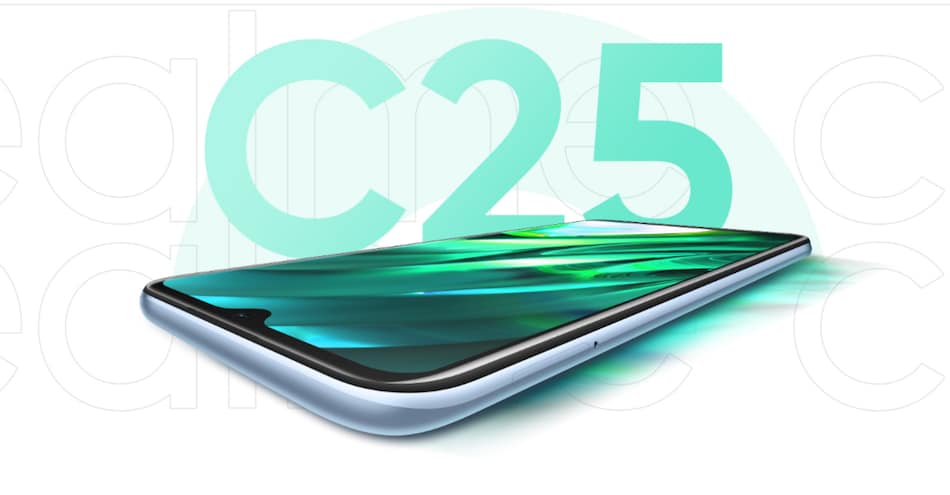 Realme C25 will feature a 6.5-inch display with a waterdrop-style notch

The company has published a dedicated event page for the launch of the two Realme C-series phones on March 23 in Indonesia. The event will be live-streamed on YouTube at 1.30pm WIB (12pm IST). The event page teases key specifications of both the phones — Realme C25 and Realme C21. The Realme C21 specifications are already out thanks to its debut in Malaysia earlier this month. The Realme C25 is teased to sport a triple camera setup at the back inside a square-shaped module placed in the top left corner of the panel. The setup will include a 48-megapixel primary camera.

Realme C25 is also teased to pack a large 6,000mAh battery and be powered by the MediaTek Helio G70 gaming processor. The phone will feature a 6.5-inch display with a waterdrop-style notch and a slight chin at the bottom. It will support 18W fast charging and have a fingerprint sensor onboard. The Realme C25 is teased to be TÜV Rheinland certified for better eye protection and have an 8-megapixel selfie camera onboard.

The SIM tray is seen to be sitting on the left edge of the Realme C25 in the renders, and the phone will likely have a 3.5mm audio jack as well as a speaker grill at the bottom.