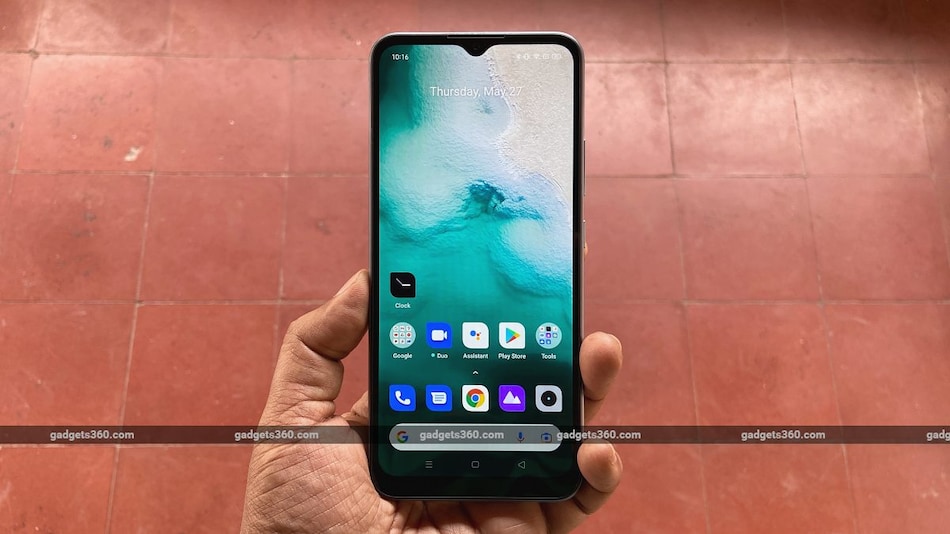 Realme C21 is reportedly getting a stable version of the Android 11-based Realme UI 2.0 update. The update brings certain bug fixes and improvements. Bundled with the update is the August 2021 Android security patch. Being a major software update, Realme C21 will get features such as user interface (UI) customisation, enhanced Dark Modes, and more. The Realme smartphone was launched in April and comes with Android 10-based Realme UI out-of-the-box. It is powered by an octa-core MediaTek Helio G35 SoC, paired with 4GB of RAM.

The update for Realme C21 (Review) was first reported by RM Update. As per the publication, the Realme smartphone is getting the Realme UI 2.0 update. Along with the usual Android 11 features such as UI customisation, three new Dark Modes, notification history, and more, the smartphone gets an battery optimisation that fixes its slow charging issue. Additionally, the update also optimises the system performance and stability.

The firmware version of the update is RMX3201_11_C.02, as per a screenshot of the changelog shared by the publication. The report also mentions that the update is 500MB in size for beta users. The report says that this is a staged rollout and a broader rollout can be expected in a few days if no critical bugs are spotted.

Realme C21 — launched in April — sports a 6.5-inch HD+ display with a 20:9 aspect ratio. It is powered by a MediaTek Helio G35 SoC, paired with 4GB of RAM. It comes with up to 64GB of RAM and can be expanded via a microSD card. For optics, it gets a triple rear camera setup headlined by a 13-megapixel primary sensor. Selfies and video calls are handled by a 5-megapixel sensor. Realme has packed a 5,000mAh battery that supports reverse charging.