Realme C20A has been teased by Realme Bangladesh on Facebook. 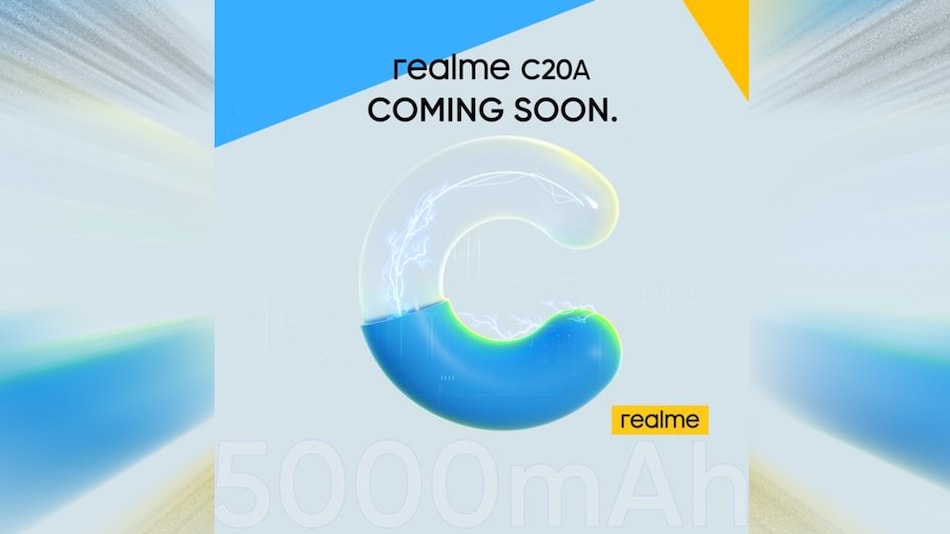 The Facebook page of Realme Bangladesh has posted a teaser about the Realme C20A. The smartphone will feature a 6.5-inch display and a 5,000mAh battery, as per the company's details posted on the social network. Both the display size and battery capacity of the Realme C20A are identical to the Realme C20 that was launched in India last month. A teaser image has also been released on Facebook that says the phone is “coming soon”.

Realme has not provided any certain details about the launch of the Realme C20A. However, the Facebook post does suggest that the launch will take place around Eid that is expected to take place on May 13.

We can safely expect the company to reveal further details about the Realme C20A in the coming days.

In addition to the Realme C20A, the Chinese company appears to have the Realme C11 (2021) in the works. There are not any official details about the smartphone, though it is speculated to be in development with a model number RMX3231.

The model number appeared on Geekbench that suggests it will run on Android 11 and offer at least 2GB of RAM. The Realme C11 was launched last year with 2GB of RAM and 32GB of onboard storage. It, however, had Android 10 and did not receive an update to Android 11.

In the recent past, the Realme phone with the model number RMX3231 appeared on certification sites including India's Bureau of Indian Standards (BIS) and Singapore's Infocomm Media Development Authority (IMDA). The phone also surfaced on the Federal Communications Commission (US FCC) site with details such as Wi-Fi 802.11 b/g/n, Android 11, and 190 grams of weight.