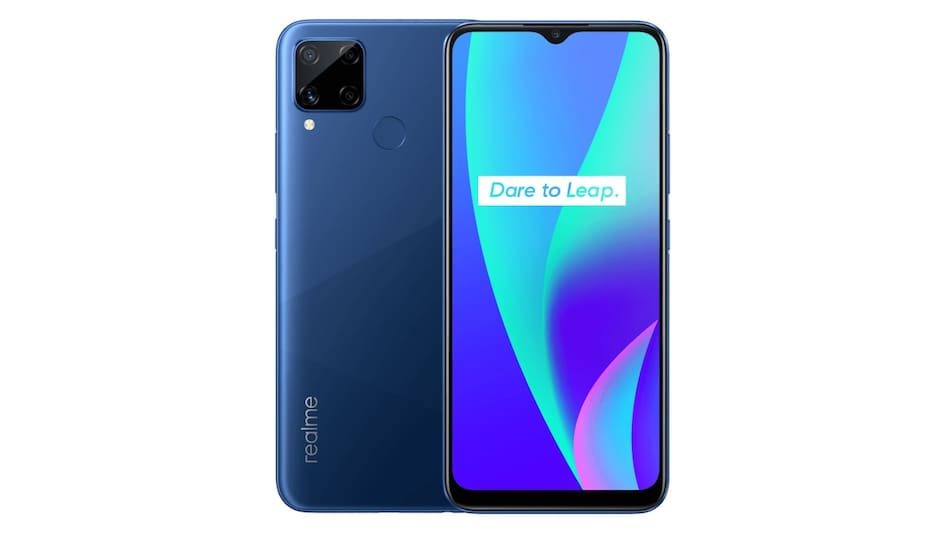 Realme C15 has been unveiled in Indonesia after a couple teasers and some leaks. It is the newest addition to the company's budget friendly C series. The Realme C15 comes with an octa-core processor and a quad rear camera setup. The phone has three RAM and storage configurations, and is available in two colour options. The Realme C15 will be available as part of a flash sale in the country and whether the phone comes to India or not, remains to be seen.

The phone will go on sale today in the country and as of now, there is no information on international availability of the Realme C15.

For storage, you get up to 128GB on board that is expandable via microSD card. Connectivity options on the Realme C15 include Wi-Fi 802.11 b/g/n, Bluetooth v5.0, 4G, GPS, Glonass, a 3.5mm headset jack, and a Micro-USB port for charging. The battery on the phone is 6,000mAh and supports 18W fast charging. The sensors on board include an ambient light sensor, a proximity sensor, a fingerprint scanner on the back, and a magnetic induction sensor. In terms of dimensions, the Realme C15 measures 164.5x75.9x9.8mm and weighs 209 grams.