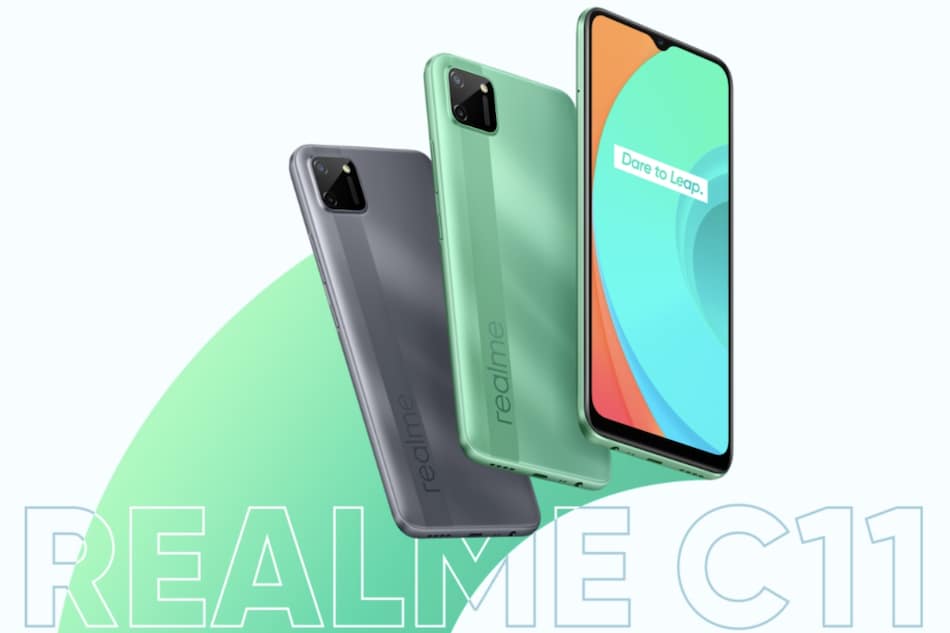 Realme C11 is all set to launch in India today. The phone was unveiled in Malaysia last month, and it is now arriving in the Indian market. The budget phone is powered by the Mediatek Helio G35 SoC, and the phone has an 88.7 percent screen-to-body ratio. The Realme C11 launch event will be live streamed on YouTube and its social channels for everyone to see. The phone packs a massive 5,000mAh battery to keep it running longer and the camera has several AI-backed features to elevate the photography. In addition to the Realme C11, the company is also set to launch new powerbank today.

The Realme C11 launch event will begin at 1pm IST today. The digital event will be live streamed via YouTube for all fans to see. As mentioned, the phone was unveiled in Malaysia for MYR 429 (roughly Rs. 7,600, and it could be positioned in the same range in India as well. The Realme C11 was launched in Malaysia in Mint Green and Pepper Grey colour options. A recent leak suggests that the phone may be available on Flipkart, apart from it being listed on Realme.com.

Coming to the specifications, the Realme C11 runs on Android 10-based Realme UI and supports dual-SIM (Nano). It features a 6.5-inch HD+ (720x1,600 pixels) display with 20:9 aspect ratio and 88.7 percent screen-to-body ratio. The phone is powered by the octa-core MediaTek Helio G35 SoC, coupled with 2GB of RAM. In terms of storage, the Realme C11 has 32GB of onboard storage that is expandable via microSD card through a dedicated slot.