Realme UI long term beta program deadline is May 18 and fans need to submit their forms before that. 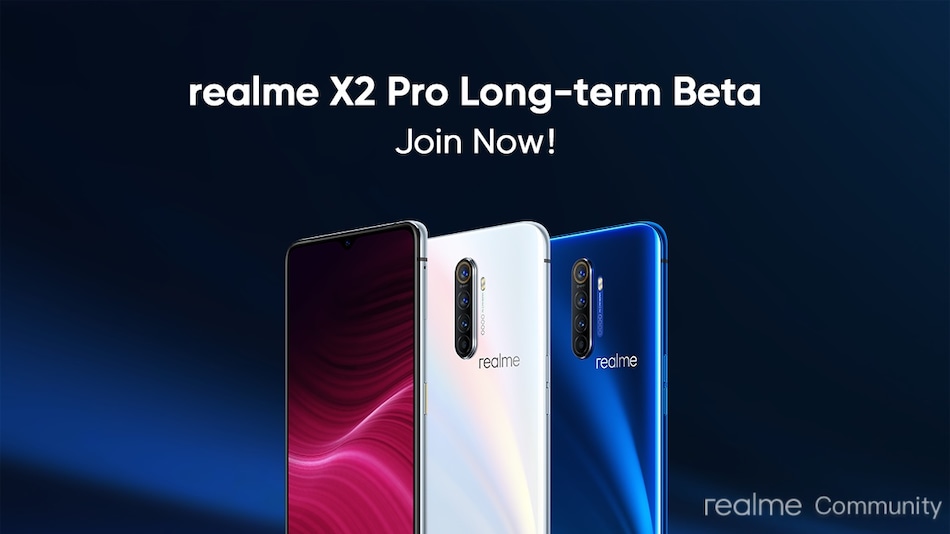 Realme has announced a long term beta program for Realme UI on the Realme X2 Pro. This will lead to the Android 11 Early Access Beta for users who enrol in the program. Realme X2 Pro users started receiving Android 10 based Realme UI back in March and now, select users have a chance to be part of the long-term beta program that will lead to Android 11 beta, most likely next year.

The details have been posted on the Realme community page. This will be a chance for 100 “hard core Realme fans to experience the latest developments in Realme UI,” and also start their journey towards Android 11. The deadline to apply is May 18, and the 100 selected participants will be announced on the community page by May 22

The program is called Realme X2 Pro Long-term Beta and will last for one year. It is divided into two phases – Closed beta and Android 11 Early Access Beta.

Realme says this program will allow Realme X2 Pro users to try out unreleased Realme UI features as part of a closed beta. They will help the company in making the final decision of whether a feature should make its way to the official stable Realme UI or not.

All you need to do is write a post on the community on any topic of your interest. It can also be a review of a Realme product. If interested, fill your details in this Long-term Beta Recruitment for Realme X2 Pro form.

Realme is looking for fans that have advanced knowledge of technology, especially smartphones. People who have experience in beta testing are welcome. Those who can commit to the one year timeline and people who can provide their own feedback and insights in a timely manner can apply for the program.

Participants who are selected for the program will get access to special over-the-air (OTA) updates with all the latest developments and features, as well as early access to Android 11.

Realme X2 Pro users got the Realme UI Open Beta program in India in March. In January, the company released Android 10-Based Realme UI Beta Update for the phone adding it to the list of phones with Realme UI. At launch, the Realme X2 Pro came with ColorOS 6.1 based on Android 9.