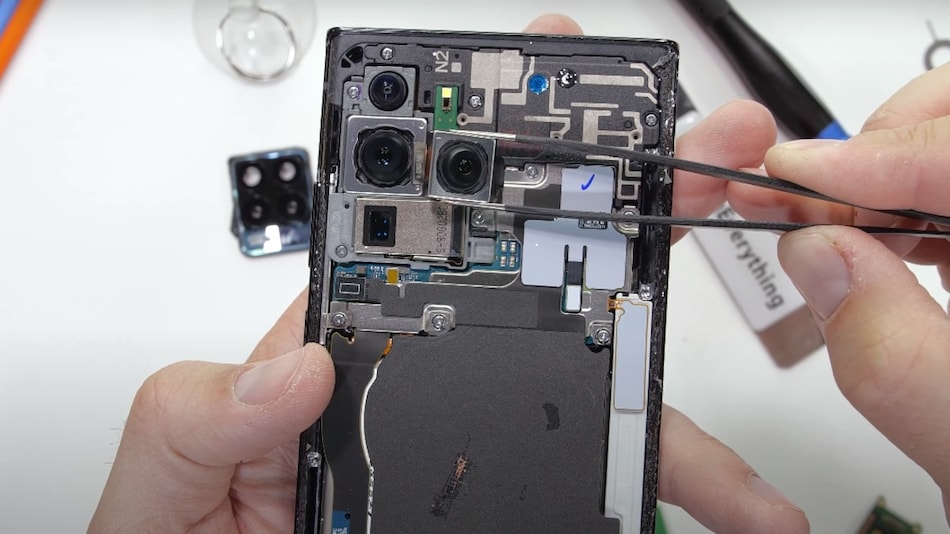 Realme 8 Pro 108-megapixel camera does not have OIS

Realme 8 Pro's 108-megapixel main rear camera sensor is much smaller than the one in the Samsung Galaxy Note 20 Ultra, a new teardown video by JerryRigEverything has shown. In his latest video, the presenter dismantled the Realme smartphone to take a peek inside it, and compare the camera sensors of these two handsets as both of them are made by Samsung. Interestingly, both camera sensors have different sizes but have the same resolution. He also offered an in-depth look at the internals of Realme 8 Pro.

In the second video of Realme 8 Pro smartphone posted by Zack Nelson, popularly known as the host of YouTube channel JerryRigEverything, we can see the same model being used that went through the durability test. The first thing that Nelson pointed out about the Realme 8 Pro is that all the cameras in the quad setup are free-floating. He highlights that usually all cameras which work together are stacked in one metal housing to keep them aligned. He also points out that the fingerprint scanner is the smallest sensor in a phone. However, Realme 8 Pro's 2-megapixel monochrome sensor and 2-megapixel macro sensor are as large as the fingerprint sensor in the phone.