Realme 8 Pro to feature a Starry Mode for time-lapse videos. 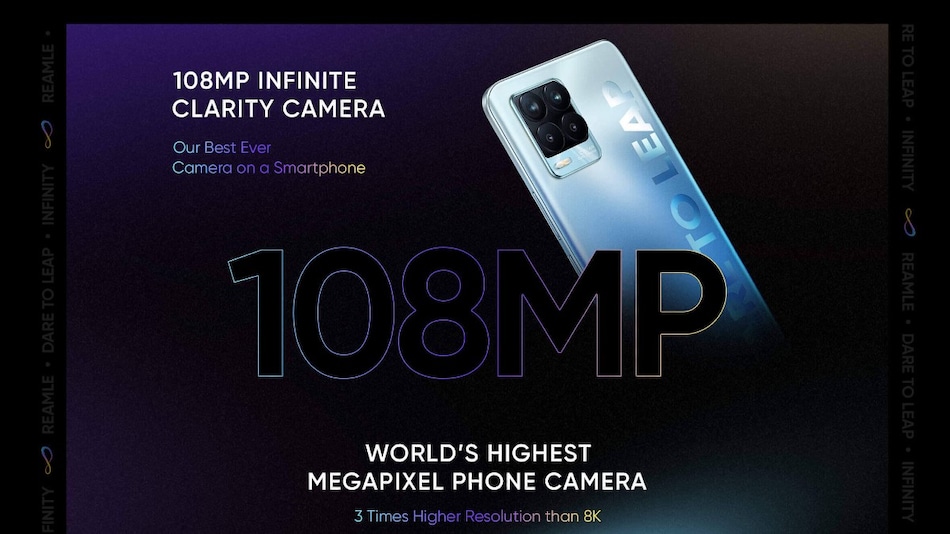 Realme 8 series will be launched in India on March 24

Realme 8 series specifications and features have been revealed by Realme India CEO Madhav Sheth through a string of tweets. Sheth has listed four new features of the upcoming Realme 8 series, which includes the vanilla Realme 8 and the Realme 8 Pro smartphones. The features include Realme UI 2.0 out-of-the-box for both the models, Super AMOLED display, 50W fast charging capability, and a smartphone-first Starry mode time-lapse video in the Pro variant. These smartphones are scheduled to be launched in India on March 24.

As per a tweet by Madhav Sheth, the Realme 8 and Realme 8 Pro will be the first set of smartphones that will be launched with Realme UI 2.0 based on Android 11 out-of-the-box. Realme launched the new UI skin in September last year, and it has been releasing the stable version to various handset series. The Realme UI 2.0 offers a Dark Mode and digital wellbeing features such as the Sleep Capsule, which helps keep track of users' daily health and sleep cycle.

While Sheth may be referring to the first smartphones in India to run Realme UI 2.0 out-of-the-box, the Realme GT 5G is technically the first to do so, with its launch in China earlier this month.

In the second tweet, the Realme executive said that both the handsets in the Realme 8 series will feature a Super AMOLED display that will offer improved visibility outdoors and a high resolution. The Realme 8 Pro is tipped to feature a 6.4-inch panel with a 60Hz refresh rate. The executive also says that the AMOLED display will have less impact on the battery life of the smartphone.

Talking of the battery, Sheth has said that both Realme 8 and Realme 8 Pro will feature 50W fast charging that will fully charge the devices in as little as 47 minutes. The company hasn't revealed the battery capacities of the phones, however, a tipster recently claimed that the Pro variant will be backed by a 4,500mAh battery.

Lastly, the Realme 8 Pro is claimed to feature the second generation of Starry Mode, which is similar to Google's Astrophotography feature. It allows users to capture images of the night sky in greater detail. Sheth said that the Realme 8 Pro will introduce “World's First Starry Mode Time-lapse video on a smartphone”. This will use photos captured in Starry Mode to deliver enhanced low-light, time-lapse shots. The company has said that the feature takes 480 seconds to shoot 30 photos and generate a 1-second time-lapse video.

Realme had earlier announced that the Realme 8 Pro will come with a 108-megapixel Samsung HM2 primary camera sensor. This sensor is said to offer a new in-sensor zoom technology that will offer 3x zoom, which is claimed to be better than a traditional optical zoom lens.

Android 12 DP2 Now Out: How to Download It on Your Pixel Phone, and What’s New