Realme 8 series is expected to have a vanilla Realme 8 and a Realme 8 Pro with the former sporting a 64-megapixel primary rear camera. 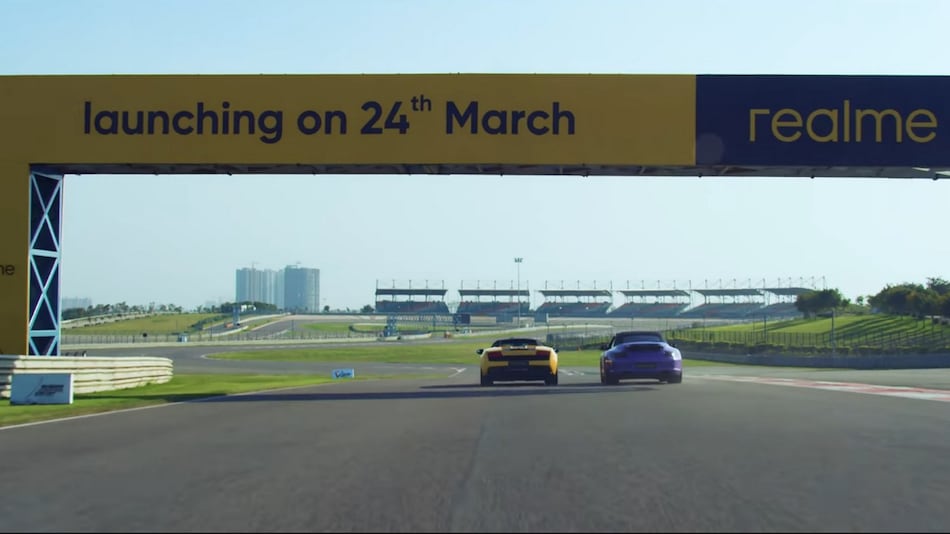 Realme 8 series will debut on March 24 in India, company CEO Madhav Sheth has teased through a promo video. The Realme 8 series has been in the news for quite some time now and while the CEO did not share exactly which smartphone it will be unveiling on the date, it is believed to be the Realme 8 series. Further, Sheth also shared that said product will feature a 108-megapixel camera, which was teased by the CEO once before for the Realme 8 series.

A video posted on Realme India's YouTube channel – which you can watch below – has Sheth racing on Buddh International Circuit. It reveals a new product will be launching on March 24 and while the video doesn't clearly state what the company will launch, Sheth at the end says, “Do you guys ever dare to capture infinity? If not, Realme challenged you to capture infinity with 108-megapixel camera.” This suggests the company will unveil the Realme 8 series on March 24 and one of the phones in the series will feature a 108-megapixel rear camera.

The Pro variant was reportedly spotted in a US FCC listing this month suggesting the Realme 8 Pro will come with a 4,500mAh battery that supports 65W fast charging. It may run Android 11-based Realme UI 2.0 out-of-the-box. On the other hand, the non-Pro variant will come with a 6.4-inch Super AMOLED display, MediaTek Helio G95 SoC, and 5,000mAh battery with support for 30W fast charging.