Realme 8 5G will be offered in at least a Black and a Supersonic Blue colour when it launches in Thailand on April 21. 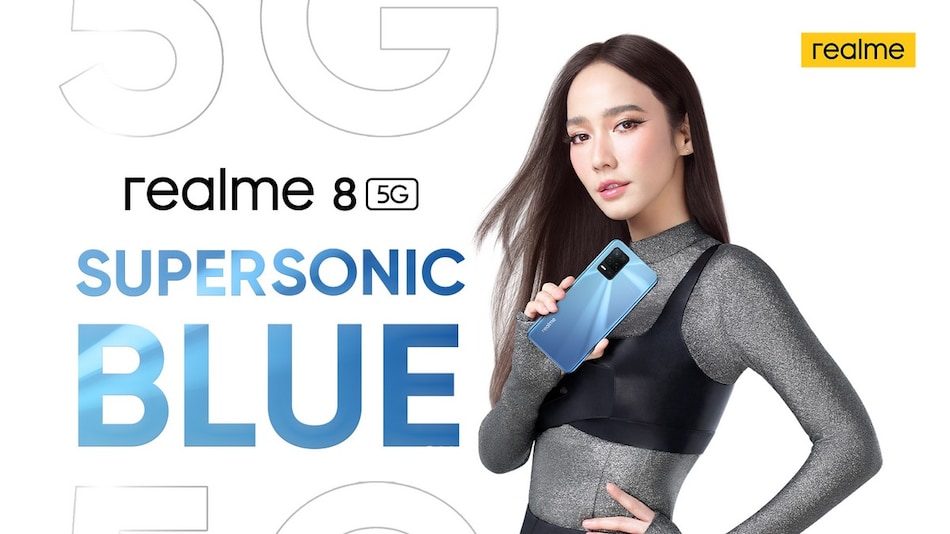 Realme 8 5G has been teased once again, this time in a Supersonic Blue colour variant ahead of its Thailand launch. Realme Thailand had previously confirmed that the 5G variant of the Realme 8 will launch in the country on April 21, and it has now teased the design and a new colour variant. Additionally, the phone has reportedly been spotted in a Google Play Console listing that suggests some of its specifications. The Realme 8 5G is expected to launch in India on April 22, a day after its Thailand debut, but the India launch date has not been confirmed by Realme yet.

Realme Thailand took to Facebook to share an image of the upcoming Realme 8 5G in its Supersonic Blue colour variant. It also shows a triple rear camera setup and Realme branding on the phone. In its previous teaser video, Realme showed a Black variant of the phone along with the April 21 launch date for Thailand.

In a related development, tipster Mukul Sharma shared a screenshot on Twitter of what is claimed to be a Google Play Console listing of the Realme 8 5G. It shows that the phone will come with 8GB of RAM — or at least one 8GB RAM variant — a full-HD+ (1,080x2,400 pixels) display, and run on Android 11. Interestingly, the listing shows the Realme 8 5G with a MediaTek Dimensity 800 SoC (MT6883), but the tipster claims that Google Play Console listings have carried incorrect SoCs in the past and the phone will come with a MediaTek Dimensity 700 SoC.

A recent Geekbech listing of a phone believed to be the Realme 8 5G showed the MediaTek Dimensity 700 SoC and 8GB of RAM. At the time, it was speculated that the phone will launch in India on April 22, but Realme has not shared an India launch date yet. An upcoming Realme 5G phone, expected to be the Realme 8 5G, was also teased on Flipkart recently. But the teaser does not carry an exact launch date.