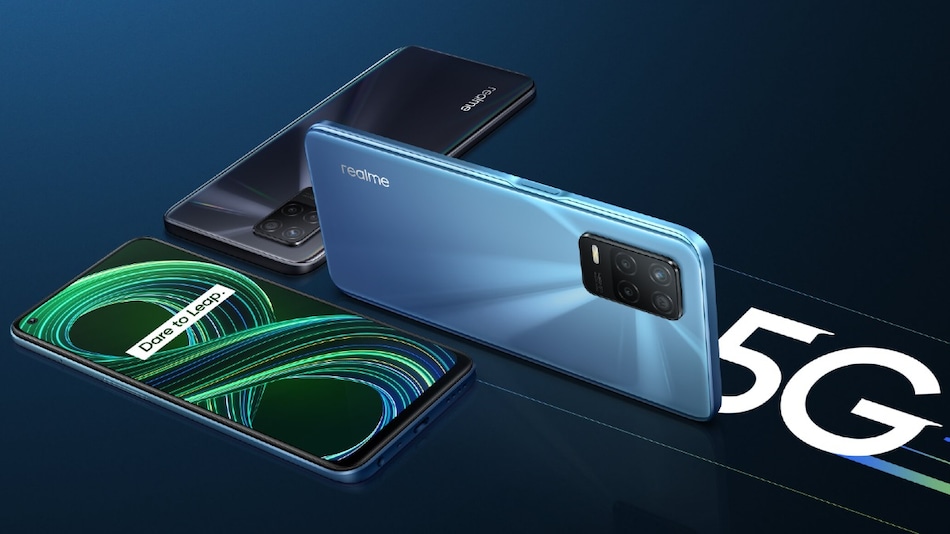 Realme 8 5G was launched in India on Thursday, April 22 a day after its Thailand debut. The Realme phone comes with a 90Hz display and includes an octa-core MediaTek Dimensity 700. It also offers triple rear cameras as well as a hole-punch display. The Realme 8 5G comes as an upgrade to the Realme 8 that was launched in India last month — alongside the Realme 8 Pro. The smartphone comes with up to 128GB of onboard storage and carries a Dynamic RAM Expansion (DRE) technology that is claimed to convert the built-in storage into virtual RAM.

Realme 8 5G price in India starts at Rs. 14,999 for the 4GB RAM + 128GB storage variant. The phone also has an 8GB RAM + 128GB storage option that is priced at Rs. 16,999. Colour options of the Realme 8 5G include Supersonic Black and Supersonic Blue. The phone will go on sale in the country from April 28, 12pm (noon) through Flipkart, Realme.com, and offline retailers.

In addition to the India market, the Realme 8 5G will also be available for purchase in Europe in May with a starting price of EUR 199 (roughly Rs. 18,000).

The dual-SIM (Nano) Realme 8 5G runs on Android 11 with Realme UI 2.0 on top and features a 6.5-inch full-HD+ (1,080x2,400 pixels) display with a 20:9 aspect ratio and a 90Hz refresh rate. The display also has 600 nits of peak brightness and is protected by Dragontrail Glass. Under the hood, there is the MediaTek Dimensity 700 SoC, along with ARM Mali-G57 MC2 GPU and up to 8GB of LPDDR4x RAM. You'll also get the DRE technology that is touted to convert the storage into virtual RAM for smoother multitasking. The smartphone has a triple rear camera setup that comprises a 48-megapixel Samsung GM1 primary sensor with an f/1.8 lens, along with a 2-megapixel monochrome sensor with an f/2.4 portrait lens and a 2-megapixel tertiary sensor with an f/2.4 macro lens. The rear camera setup is also paired with software features such as Nightscape, 48M Mode, Pro Mode, AI Scan, and Super Macro.

For selfies and video chats, the Realme 8 5G has a 16-megapixel camera sensor at the front, with an f/2.1 lens. The front camera also includes features such as Portrait, Nightscape, and Timelapse.

The Realme 8 5G comes with 128GB of UFS 2.1 storage as standard that also supports expansion via microSD card (up to 1TB) through a dedicated slot. Connectivity options include 5G, 4G LTE, Wi-Fi 802.11ac, Bluetooth v5.1, GPS/ A-GPS, and a USB Type-C port. Sensors on board include an accelerometer, ambient light, magnetometer, and a proximity sensor. The phone also carries a side-mounted fingerprint sensor.