The leaked phone that could be the Realme 8 5G, has model number RMX3241 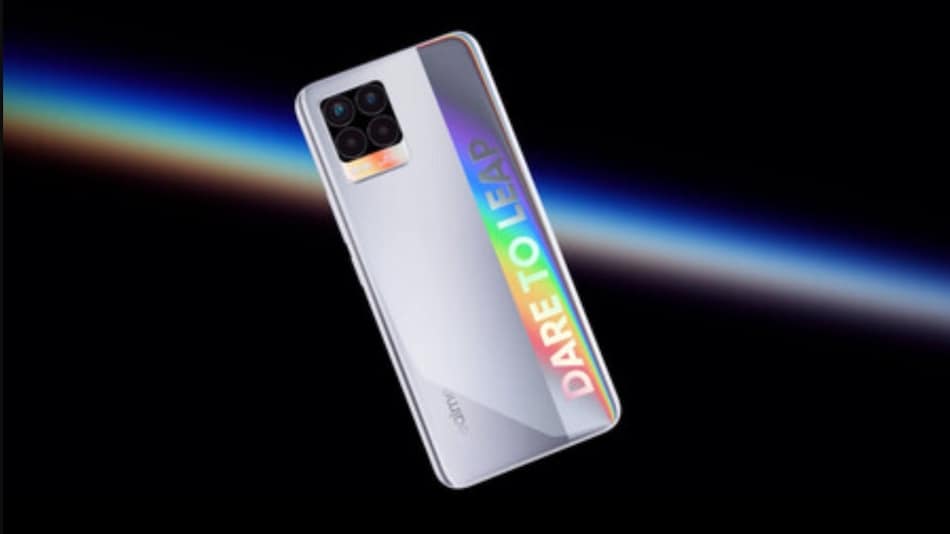 Realme 8 5G image has allegedly been spotted on Peruvian MTC certification platform. The image shows a smartphone with a quad-rear camera setup similar to the one in 4G variant, and “Dare to Leap” branding on a holographic background. The smartphone was previously spotted on multiple other certification websites including the Bureau of Indian Standards (BIS), Thailand's National Broadcasting and Telecommunications Commission (NBTC) and US Federal Communications Commission (US FCC). Realme India and Europe CEO Madhav Sheth has already confirmed that Realme 8 series in India will get 5G variants soon.

As per the image shared on the Peruvian MTC certification platform, which was first spotted by tipster Mukul Sharma, the alleged Realme 8 5G features a Grey-coloured back panel. There is a holographic strip on the right side that has “Dare To Leap” written on it. This is the same design as the Realme 8 4G variant.

Furthermore, the listing also shows that the Realme 8 5G has RMX3241 model number which is the same as the one mentioned on the NBTC site. Apart from this, the same model number is associated with the Realme smartphone in the alleged BIS listing as well as US FCC listing.

The BIS and NBTC listings of the Realme 8 5G do not provide any specifications for Realme 8 5G, however, the FCC listing suggests that the phone will pack a 5,000mAh battery, and run Android 11 out of the box with Realme UI 2.0 on top. As far as dimensions are concerned, this particular phone measures 162.5x74.8x8.5mm and weighs 185 grams. The phone's schematics show the smartphone will have a side-mounted fingerprint sensor.

The Realme 8-series 5G models are expected to have an upgraded list of specifications over the 4G models, however, there is no information on the same. The 4G variant of the Realme 8 debuted with a 6.4-inch full-HD+ (1,080x2,400 pixels) Super AMOLED display and an octa-core MediaTek Helio G95 SoC, along with up to 8GB of RAM and standard 128GB storage. It packs a quad rear camera setup with a 64-megapixel primary sensor, an 8-megapixel sensor, a 2-megapixel macro shooter, and a 2-megapixel monochrome sensor. It also comes with a 16-megapixel selfie camera and a 4,500mAh battery.