Realme 7 Pro special edition with “Sun Kissed Leather” finish will be launched on the day as well. 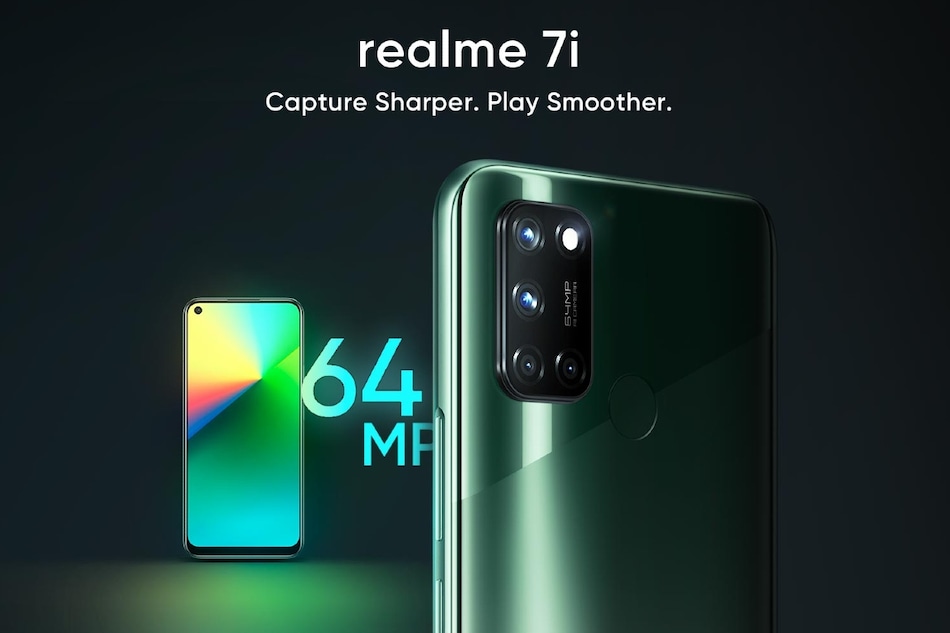 Realme 7i is set to launch in India on October 7, the company revealed through a dedicated page on its website. The Realme phone was initially launched in Indonesia as a tweaked version of the Realme 7. Alongside the Realme 7i, the Chinese company is set to unveil a series of connected devices under its “UNI Smart AIOT ecosystem” as well as the recently teased SLED 4K TV in 55-inch size. Moreover, the Realme India website suggests the launch of a special edition Realme 7 Pro that would come with “Sun Kissed Leather” finish — alongside the Realme 7i.

According to an invite shared by Realme, the new connected devices by Realme seem to include the Realme Buds Air Pro truly wireless (TWS) earbuds that were unveiled at IFA 2020 and the rumoured Realme Watch S Pro smartwatch. The company also seems to launch its new wired earbuds, electric toothbrush, and a power bank at the event.

Realme 7i price in India (expected)

Realme 7i price in India is yet to be revealed. However, it is likely to be in line with what was announced in Indonesia earlier this month. The phone debuted in the country at IDR 3,199,000 (roughly Rs. 15,800) for the sole, 8GB + 128GB storage variant. It came in Aurora Green and Polar Blue colour options.

In terms of storage, the Realme 7i has 128GB of onboard UFS 2.1 storage that is expandable via microSD card. Connectivity options include 4G LTE, dual-band Wi-Fi, Bluetooth v5.0, GPS/ A-GPS, USB Type-C, and a 3.5mm headphone jack. Sensors on board include an accelerometer, ambient light, and a proximity sensor. There is also a rear-mounted fingerprint sensor.