Realme 7 and Realme 7 Pro are the company’s follow up to the Realme 6 series that was launched in March this year. 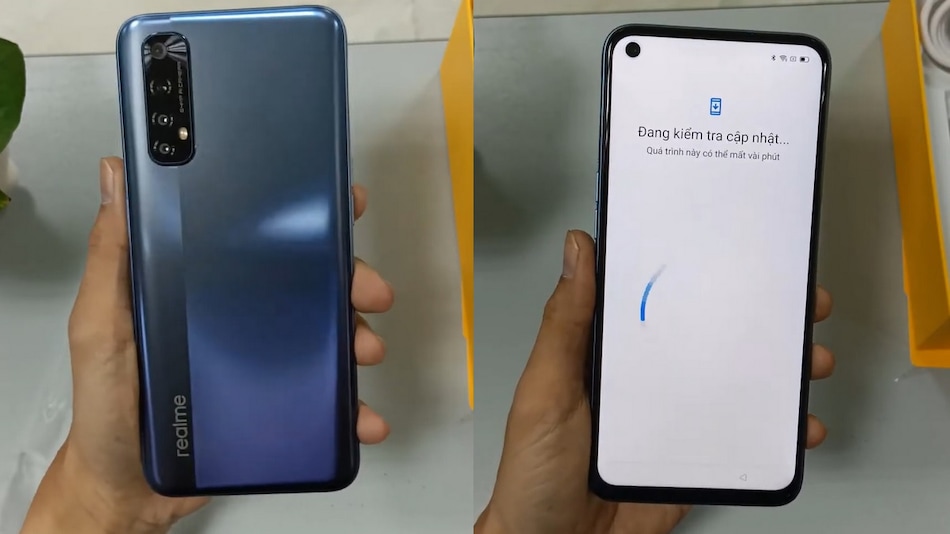 Realme 7 will come with a quad rear camera setup

Realme 7 has allegedly been spotted in an unboxing video that has since been taken down. Screenshots from the video were captured by a tipster and shared on Twitter, showing an 8GB + 128GB variant of the phone in a blue-ish colour. The retail box of the phone has some specifications for the Realme 7 as well. The company will unveil the Realme 7 series, including the Realme 7 and Realme 7 Pro, on September 3 in India and almost every specification of the two phones has been leaked.

As per the alleged screenshots from the unboxing video shared by tipster Yogesh on Twitter, the Realme 7 retail box and the phone itself have been outed. Talking about the phone, the Realme 7 can be seen in a blue-ish colour variant with a quad rear camera setup aligned vertically. The Realme branding is present on the bottom of the back panel. There is a hole-punch cutout for the selfie camera on the top left corner of the screen as well as relatively thick bezels all around.

The phone uses a triple card configuration for two SIM cards and a dedicated microSD card slot. The phone is running on Android 10, according to the ‘About phone' page as seen in one of the screenshots.

Realme 7 and Realme 7 Pro will be launched in India on Thursday, September 3 at 12:30pm.