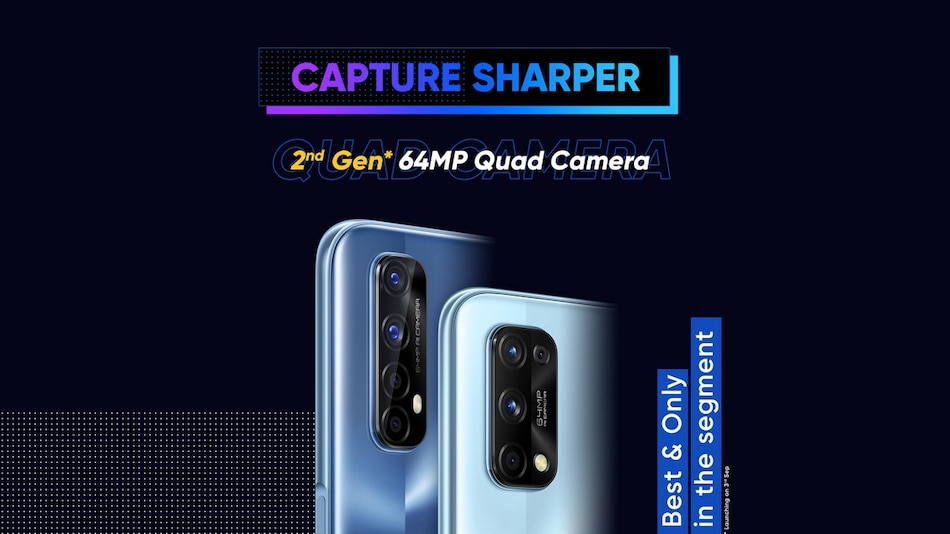 Realme 7 Pro and Realme 7 will launch in India today, September 3, at 12:30pm through a virtual event that will be livestreamed on YouTube and the company website. The Realme 7 series is the successor to the Realme 6 series from last year and will bring several improvements. Till now, Realme has revealed only a few specifications for the Realme 7 series including 65W fast charging and quad camera setups with 64-megapixel primary sensors, however, everything has been allegedly leaked in the past week.

A known tipster shared specifications for the Realme 7 Pro last week, claiming that it will feature a 6.4-inch full-HD+ (1,080x2,400 pixels) Super AMOLED display. The phone is said to be powered by the Snapdragon 720G SoC and have two configurations – 6GB + 128GB and 8GB + 128GB.

The leaked specifications for the Realme 7 come from the same source. The phone is said to come with a 6.5-inch full-HD+ (1,080x2,400 pixels) IPS display with 90Hz refresh rate and 120Hz touch sampling rate. Under the hodd, the Realme 7 may come with the MediaTek Helio G95 SoC, and have 6GB + 64GB and 8GB + 128GB configurations.

The phone may come with a 5,000mAh battery with support for 30W fast charging. It is expected to have a side mounted fingerprint scanner as well. Lastly, the Realme 7 is said to measure 162.3x75.4x9.4mm and weigh 196.5 grams.