Realme 7 5G may come with a 5,000mAh battery that supports 30W fast charging. 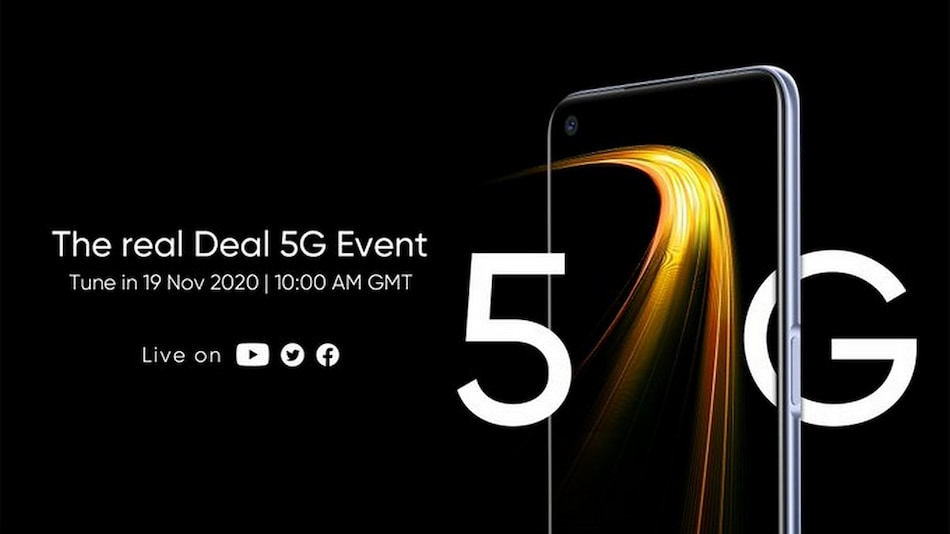 Realme 7 5G will be launched on November 19 in the UK at a virtual event. The company announced the details through its Realme UK Twitter handle, along with a poster that shows the front of the phone. The Realme 7 series currently includes Realme 7, Realme 7 Pro, and Realme 7i. None of the models support 5G connectivity. As of now, the company has not shared details about Realme 7 5G but a recent tip suggested that it may be a rebadged Realme V5.

Realme UK tweeted that Realme 7 5G will be launched on November 19 at 10am GMT (3:30pm IST) at a virtual event that will be livestreamed on the company's social media channels including Twitter and Facebook, as well as on YouTube.

A Realme phone with model number RMX2111, believed to be Realme 7 5G, was recently spotted on NBTC website. This model number was originally associated with Realme V5, suggesting that Realme 7 5G will be a rebadged Realme V5 that launched in China in August. The leaked specifications for Realme 7 5G further bolster this claim.

Realme 7 5G is said to feature a 6.5-inch display with 90Hz refresh rate and a hole-punch design. It may be powered by the octa-core MediaTek Dimensity 720 SoC. The phone may come with quad rear cameras that include a 48-megapixel primary sensor, an 8-megapixel secondary sensor, along with two other 2-megapixel sensors. At the front, Realme 7 5G may come with a 16-megapixel selfie camera. The smartphone is expected to pack a 5,000mAh battery with support for 30W fast charging, a side-mounted fingerprint sensor, and a 3.5mm headphone jack.