Realme 6i aka RMX2040 Reportedly Certified by NBTC in Thailand, Launch Appears Imminent

Realme 6i aka RMX2040 has been certified by Russia’s EEC, Malayasia’s SIRIM, and Singapore’s IMDA as well. 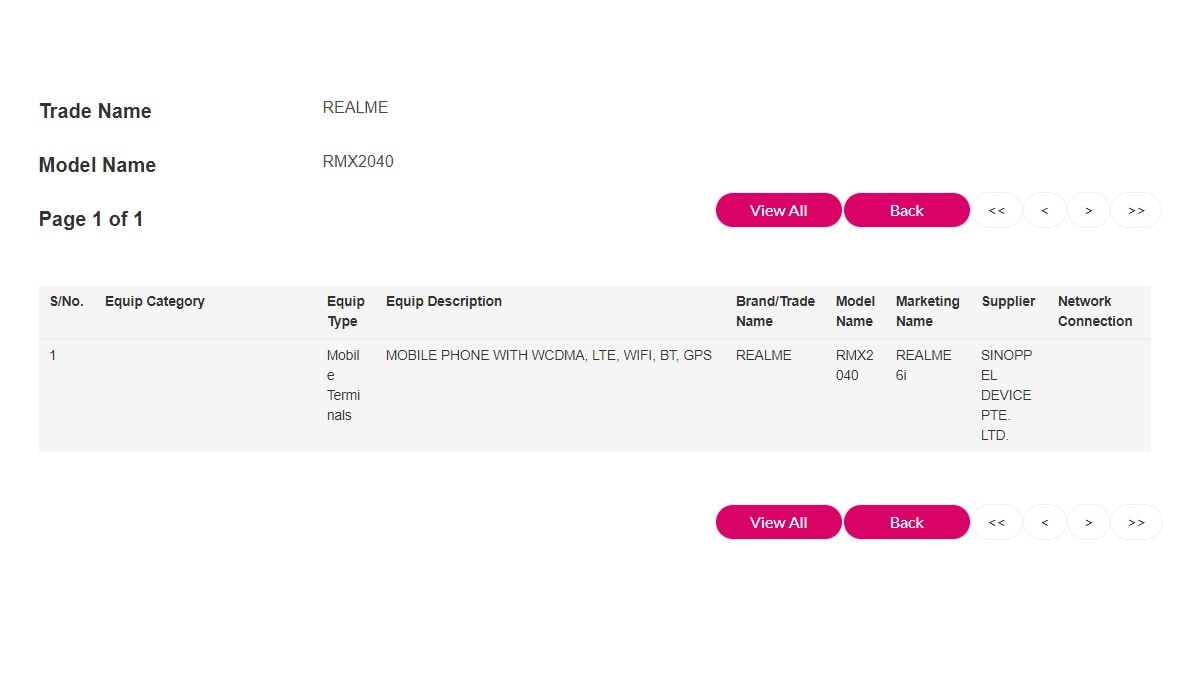 Multiple regulatory certifications suggest Realme 6i might be launched soon

Realme is fresh off the launch of its latest phone - the Realme 5i. But it appears that a successor is already in the works and might soon debut as the Realme 6i. An unannounced Realme phone carrying the model number RMX2040 has reportedly been certified in a host of Asian countries where Realme's phones are sold, with one of them being India. The latest certification authority to list the alleged Realme 6i is Thailand's NBTC, following India's BIS, Singapore's IMDA, Malaysia's SIRIM, and Russia's EEC. However, the specifications of RMX 2040 aka Realme 6i remain under wraps.

We have also come across the Realme 6i's IMDA certification listing in Singapore, where the model number RMX2040 again pops up. Moreover, the phone has reportedly been certified by Malaysia's SIRIM as well. Notably, the Realme 6i is said to have been certified by India's BIS too. Unfortunately, details about Realme 6i's internal hardware is still a mystery. However, the phone is said to launch in India in Q1 2020 alongside the Realme U2 and Realme C3. Going by the Realme 5i's specifications though, the Realme 6i will likely pack a quad rear camera setup and a large battery of around 5,000mAh capacity.