Realme 6i, Realme Narzo 10A to Go on Sale Today at 12 Noon via Flipkart, Company Website: Price in India, Specifications 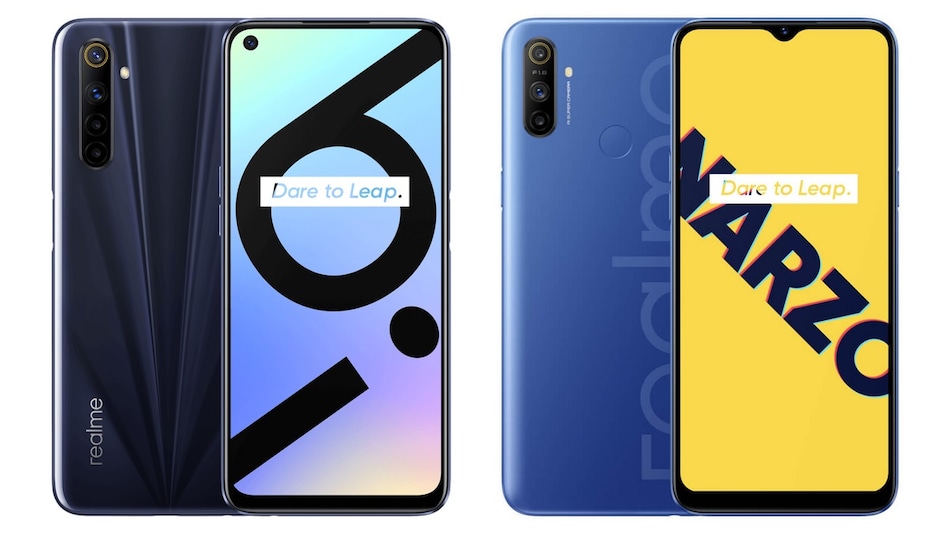 Realme 6i will go on its first sale today at 12pm (noon) while the Realme Narzo 10A will go on yet another flash sale at the same time. Both the phones will be sold on Flipkart and Realme India website. The Realme 6i was launched last week as a rebranded variant of the Realme 6s that previously launched in Europe. The Realme Narzo 10A was launched back in May and both the phones cater to the budget segment. They offer impressive specifications for the price and come in two RAM and storage configurations.

Realme 6i, Realme Narzo 10A: Price in India, sale offers

Both Flipkart and Realme have some offers on both phones for interested shoppers. Flipkart is giving 5 percent instant discount on SBI credit card and EMI transactions, flat Rs. 30 discount on first prepaid transaction using RuPay debit card, Rs. 30 Off on first prepaid transaction using UPI, flat Rs. 75 off on RuPay debit card purchase, and flat Rs. 75 discount on UPI transactions. Customers can also avail 5 percent unlimited cashback on Flipkart Axis Bank credit card, 5 percent off with Axis Bank Buzz credit card, and no-cost EMI plans ranging from 3 to 9 months. Realme India website is offering up to 100 percent SuperCash worth Rs. 500 to MobiKwik users. As mentioned, all these offers and discounts are valid for both the Realme 6i and the Realme Narzo 10A.

The 64GB internal storage on the Realme Narzo 10A can be expanded via a dedicated microSD card slot. For connectivity, the phone comes with 4G LTE, Wi-Fi, Bluetooth v5.0, GPS/ A-GPS, and a Micro-USB port for charging. It packs a 5,000mAh battery that supports standard charging as well as reverse charging. The Realme Narzo 10A measures 164.4x75x8.95mm and weighs 195 grams.