Realme 6i is set to launch today at an online-only event in Myanmar. 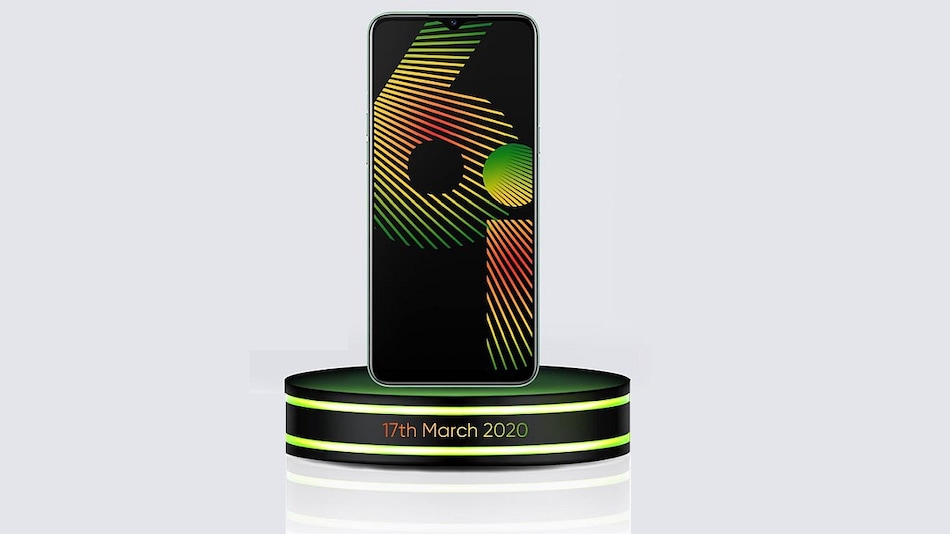 Realme 6i will be launched today in Myanmar. It will come with a MediaTek Helio G80 SoC making it the first phone to be powered by the new chip. The Realme 6i will have a quad camera setup on the back and a single selfie shooter housed in the water drop notch. It will also pack a massive 5,000mAh battery, which was recently confirmed by the company through its launch poster. Let's take a look at what we can expect from the Realme 6i smartphone and what has been confirmed.

The Realme 6i is expected to be cheaper than the Realme 6, which is priced at Rs. 12,999 for the 4GB + 64GB variant, Rs. 14,999 for the 6GB + 128GB model, and Rs. 15,999 for the 8GB + 128GB variant. The phone will be available in Myanmar with no information on availability in other markets. As for the launch itself, it's scheduled to take place at 3pm MMT (2pm IST) at an online only event, presumably streaming on the Realme Myanmar Facebook page.

Talking about what's confirmed, the Realme 6i is powered by a MediaTek Helio G80 SoC which has two Cortex-A75 cores with a maximum clock speed of 2GHz and six Cortex-A55 cores clocked at 1.8GHz. In regards to the optics, the phone has a quad camera setup on the back, with the primary being a 48-megapixel sensor. The front camera will be a 16-megapixel selfie shooter housed in a water drop notch.

The Realme 6i is confirmed to have a large 5,000mAh battery with support for 18W quick charging.

According to a Geekbench listing, the Realme 6i is expected to run Android 10 with ColorOS 7.0 on top. There is no information on the phone's display. The listing of the phone also hints at 4GB RAM variant which will be one of the configurations the phone comes in. According to an FCC listing, the Realme 6i will be 164.4x75.4x9.0mm in size and weigh 195 grams. It might have a USB Type-C port for charging. The connectivity options could include Bluetooth v5.0, 4G LTE connectivity, NFC, FM Radio, and GPS.