Realme 6i to Launch in India on July 24, Gets Listed on Flipkart

Realme 6i is expected to feature a hole-punch design and a quad camera setup on the back. 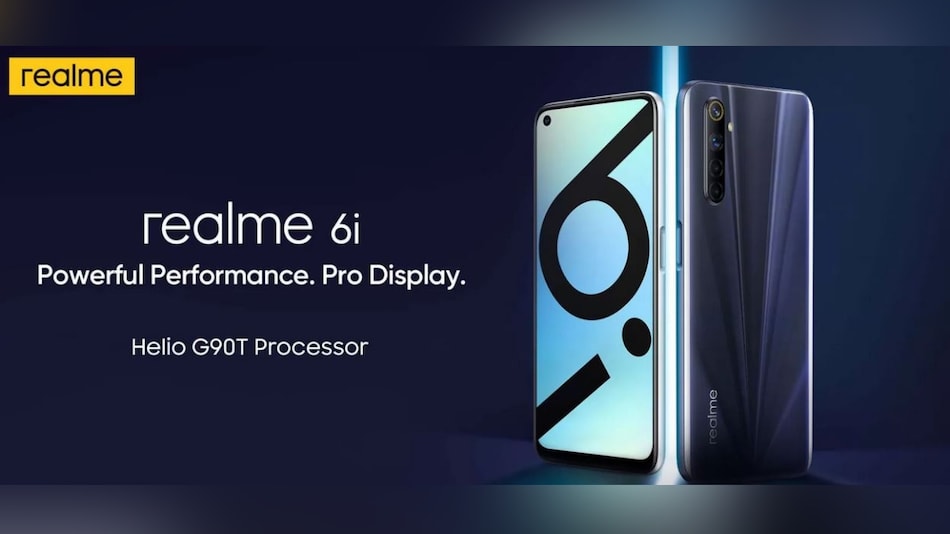 Realme 6i is set to launch in India on Friday (July 24) at 12pm. A dedicated page for the upcoming phone has already gone live on Flipkart, suggesting that Chinese brand's latest offering would be powered by the Mediatek Helio G90T SoC. This new development comes a day after Realme India CEO Madhav Sheth tweeted that the Realme 6 series will be updated with a “powerful addition.” It was earlier expected that the upcoming phone may be launched alongside the Realme C11 on July 14. Several launch details had popped up on Realme 6i's listing on Flipkart. However, the listing was reportedly taken down by the e-commerce app.

Yesterday, Sheth took to Twitter to announce a new addition to the Realme 6 series. He said, “Expanding this series soon with another powerful addition!” While the tweet didn't mention the name of the upcoming phone, it set off speculations that Realme may be teasing the imminent launch of the Realme 6i in India. To recall, the Realme 6i was launched in Myanmar in March, but, the model expected in India is in fact speculated to be a rebranded version of the Realme 6s, which was launched in Europe in May.

With the love & trust of so many users I can proudly say that #realme6series is the most trusted smartphone series in the mid-range segment!#realme6 - 4.4/5⭐️#realme6Pro - 4.5/5⭐️

Expanding this series soon with another powerful addition! pic.twitter.com/L5JkamjzXY

Listed on Flipkart's Explore Plus page, the Realme 6i is shown to be powered by the octa-core Mediatek Helio G90T SoC, specially tuned for gaming on phones. The listing also featured some images of the upcoming phone, showing a hole-punch design on the front and a quad camera setup on the back. While no other details were showcased, the listing said that the Realme 6i will be launched towards the end of this week, on July 24, at 12pm.

Realme 6i price in India (expected)

Earlier this month, Flipkart had added a listing of Realme 6i on its app which suggested that the device was expected to launch on July 14, which coincided with the launch date of the Realme C11. Although the listing was reportedly removed soon after, it showed some expected specifications of the upcoming device. The earlier listing had also suggested a price tag of under Rs. 15,000. The Realme 6s was launched in Europe at EUR 199 (roughly Rs. 16,500), but we can expect it to be more affordable in India.