Realme 6 Pro and Realme 6 features were teased by the company, revealing details like a hole-punch display. 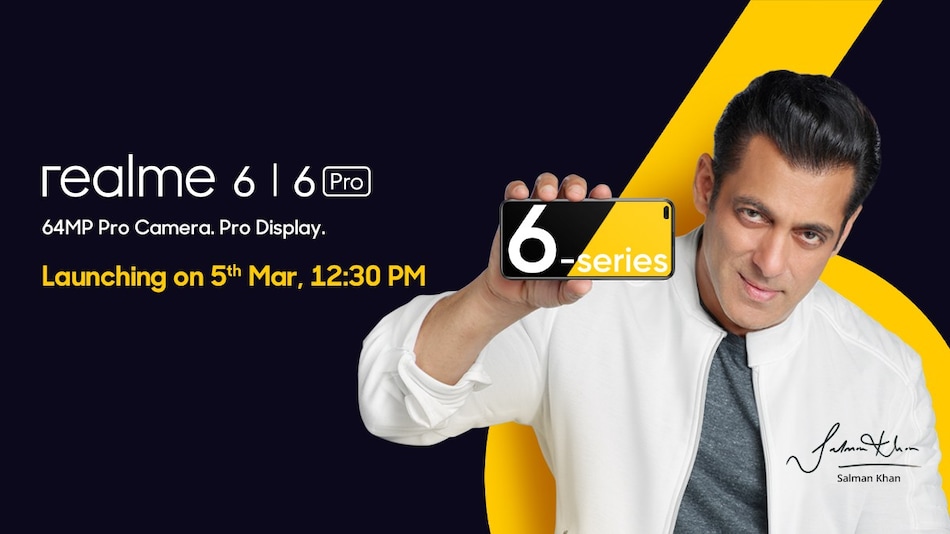 Realme 6 Pro and Realme 6 - the latest members of the Realme number series of devices - now have a launch date for India. To recall, Realme just a couple of days ago teased that the Realme 6 series is going to debut in India soon. Well, the wait for the launch date ended on Wednesday, with Realme officially announcing that the Realme 6 series will be launched in India on March 5. The Realme 6 series will include two members –Realme 6 and Realme 6 Pro. Moreover, the company has also given us a glimpse of one of its upcoming Realme phones, which can be seen flaunting a hole-punch display. The pill-shaped cutout is also an indication that the upcoming Realme phone will pack a dual front camera setup.

Get ready as we are all set for the biggest launch of the year!

User experience will get new benchmarks with the 64MP #ProCameraProDisplay of #realme6 and #realme6Pro.

Sheth's tweet also teases what he calls “ProDisplay”, which is most likely hinting at an upgrade in the display quality and characteristics over the Realme 5 series. More notably, the accompanying image featuring Khan shows him holding a Realme 6 series phone. It appears to have thin bezels and a pill-shaped hole-punch, much like the Poco X2. The shape of the hole-punch makes it clear that the Realme 6 series phone will have dual selfie cameras. Also, a high refresh panel, maybe?

The Realme 6 was recently spotted on the Wi-Fi Alliance database with the MediaTek Helio G90T SoC in tow. It is tipped to pack a 4,300mAh battery and will support Bluetooth 5.0 standard for wireless connectivity.

As for the Realme 6 Pro, it has also received the mandatory Wi-Fi Alliance certification and was recently spotted on the IMDA database as well. Not much is known about the rest of their hardware at the moment. But now that their launch has been confirmed, we'll get to know more about them via official teasers in the days leading up to their official debut.

As mentioned above, the Realme 6 and Realme 6 Pro will break cover at an event March 5 that starts at 12:30pm IST and will most likely be live streamed via the company's official channels.