Realme 6 Pro has been certified by India's BIS as well, as per a report, hinting at an imminent India launch in the offing. 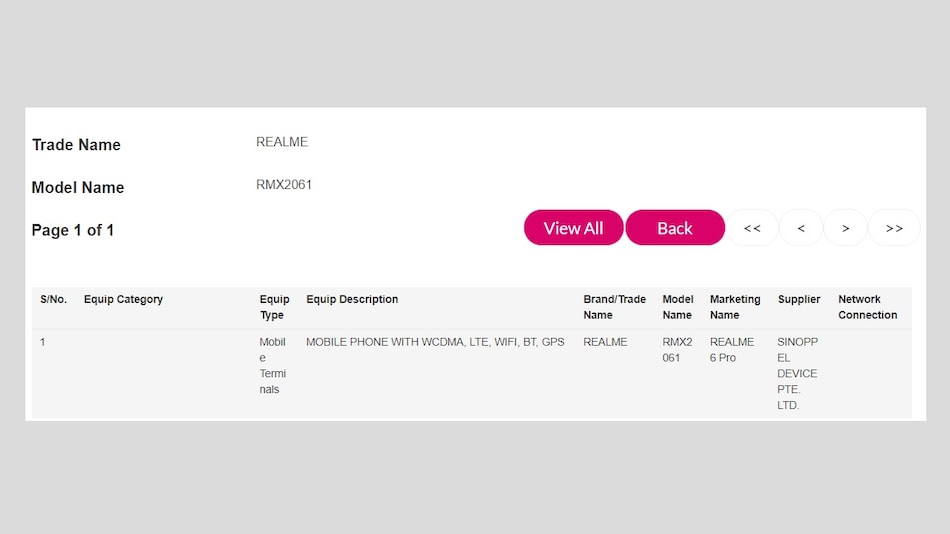 Again, the purported BIS listing does not mention anything about the Realme 6 or the Realme 6 Pro's specifications, but if real, makes it abundantly clear that the Realme 6 Pro is on its way to India. As per a previous report, the RMX2061 phone is apparently the India variant of a Realme phone that was recently spotted on the US FCC database carrying the model number RMX2063 and packing a 4,300mAh battery.

As of now, there is no word as to when the Realme 6 Pro will launch in India or any other markets. And unfortunately, there have been no credible leaks so far that could shed some light on its specifications. However, given the hardware of its predecessor, it is safe to assume that the Realme 6 Pro will pack quad rear cameras and a Snapdragon 7xx series processor or its MediaTek equivalent. Moreover, alleged live images of the Realme 6 revealed a hole-punch display, which means this design choice might trickle down to the Realme 6 Pro as well.