Realme 6 price is said to start at Rs. 12,999, as per an online advertisement campaign run by Realme retail partner Flipkart. 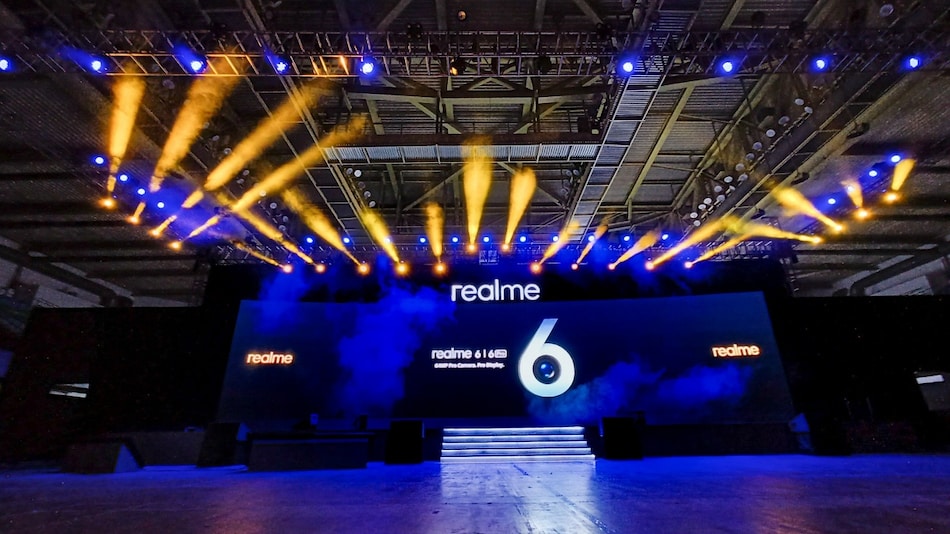 Realme 6, alongside the Realme 6 Pro and Realme Band, is all set to be unveiled later today in India. Ahead of the official launch, the alleged pricing and first sale date of the phone have surfaced online thanks to an advertisement. Realme's online retail partner Flipkart has reportedly been running a campaign on Google that has indicated these details, even before Realme could reveal them today. Read on for more on Realme 6 alleged pricing, specifications, and more.

As per a screenshot shared by tipster Ishan Agarwal (the tweet has since been deleted) as well as several other Twitter users, Realme 6 price in India will allegedly start at Rs. 12,999. The Flipkart advertisement that is seemingly no longer visible right now also indicated that the phone will go on sale for the first time on March 11 at 12pm (noon). It is unclear when the Realme 6 Pro will go on sale.

Google searches it ... then you can see it .. pic.twitter.com/COUo7aXzuG

The alleged pricing mentioned in the Flipkart advertisement is significantly more than what a previous rumour had indicated. So, take this Flipkart ad with a pinch of salt and Realme may surprise the consumers with a much lower price during the official launch presentation. Also, there are some conflicting details in the advertisement as it says the sale timing as 12 noon at one place and 12:30 at another.

Thanks to various official teasers, we already know fair bit about the Realme 6, it will feature a 90Hz full-HD+ display, a single selfie shooter as a part of hole-punch design, 30W fast charging support, and quad rear camera setup that will be headlined by a 64-megapixel shooter. Additionally, the phone is rumoured to be powered by MediaTek Helio G90 SoC.