The latest Realme 6 update with version number RMX2001_11.B.27 is now rolling out for Indian users. 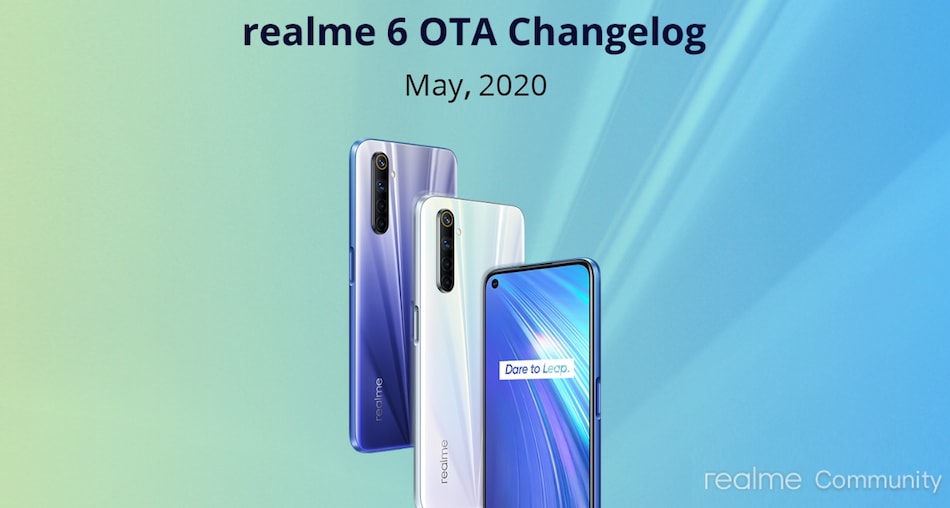 Realme 6 is now receiving the May 2020 OTA update in India. The version number for the update is RMX2001_11.B.27 and it brings along the April 2020 security patch. There are a few camera and system improvements that come along with this latest update. While the update is rolling out via OTA, Realme 6 users can also download the update manually from the company site. The update is rolling out in a staged manner and only a few users will get it on the first day, while a broader roll out will commence in a few days after making sure there are no critical bugs.

The latest Realme 6 update with version number RMX2001_11.B.27 is now rolling out for Indian users, the company announced on its forums. The size of the update is 3.11GB, and because of the large size, it is recommended to download the video under a strong Wi-Fi connection. Also, ensure that you keep your phone in charge while the installation process is on. The update is rolling out in a staged manner, so it may not arrive on your Realme 6 immediately. Keep checking for the update in Settings, if you haven't received a notification.

Alternatively, you can also download the latest Realme 6 update from the company's software page. Ensure that you follow all the instructions mentioned on the page if you chose to download, and not wait for the OTA update. Coming to changelog, the Realme 6 update brings the April 2020 security patch, and fixes the game space issue wherein it was not effective in some scenarios. It also updated the VOOC charging animation and added an Ultra Steady feature inside the camera. The update also optimized the front camera resolution in some scenarios and optimized the video call resolution in some scenarios.