Realme 5s is all set to be unveiled on November 20 in India alongside Realme X2 Pro. 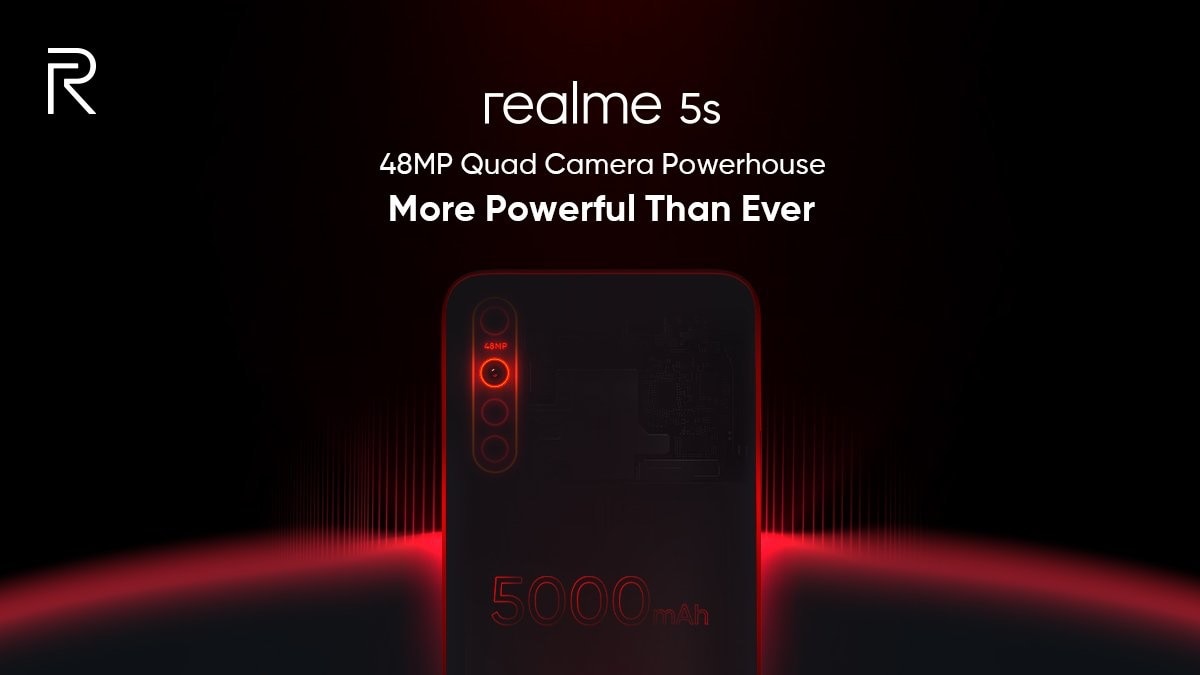 Realme 5s will come with a 5,000mAh battery, same as Realme 5, the company's India CEO Madhav Sheth has announced. Sheth has also reiterated the presence of a 48-megapixel quad-camera setup on the phone. Even after Sheth's new revelations, it remains unclear exactly what will be different between Realme 5s and Realme 5 phones apart from the 48-megapixel main camera. Realme 5s is all set to be unveiled on November 20 alongside Realme X2 Pro in the country. Realme 5s has come as a surprise as the company was earlier expected to only launch the Realme X2 Pro next week.

“As promised, the second surprise launching on 20th Nov. is the all new #realme5s with 48MP Quad Camera and 5000mAh battery,” Madhav Sheth tweeted earlier today.

Apart from the two features mentioned by Realme, there is nothing officially known about the Realme 5s at this point. Right now, it seems possible that Realme 5s will turn out be exactly same as Realme 5 with added 48-megapixel main shooter. There could be RAM and storage upgrades as well.

To recall, Realme 5 was launched in August this year and features a 6.5-inch HD+ screen, Qualcomm Snapdragon 665 SoC, and 5,000mAh battery. The phone also packs a quad rear camera setup that is headlined by a 12-megapixel primary camera. The other three cameras include an 8-megapixel wide-angle shooter, a 2-megapixel macro camera, and a 2-megapixel portrait camera.

Among other specifications, Realme 5 packs a 13-megapixel selfie shooter, up to 128GB of onboard storage, up to 4GB of RAM, and a rear fingerprint sensor.

As mentioned, Realme 5s will be unveiled on November 20 in India. It will be joined by Realme X2 Pro that was launched in China last month. Realme X2 Pro features a 6.5-inch full-HD+ screen, Snapdragon 855+ SoC, 64-megapixel quad camera setup, and 4,000mAh battery.