Realme 5s will launch in India on November 20. 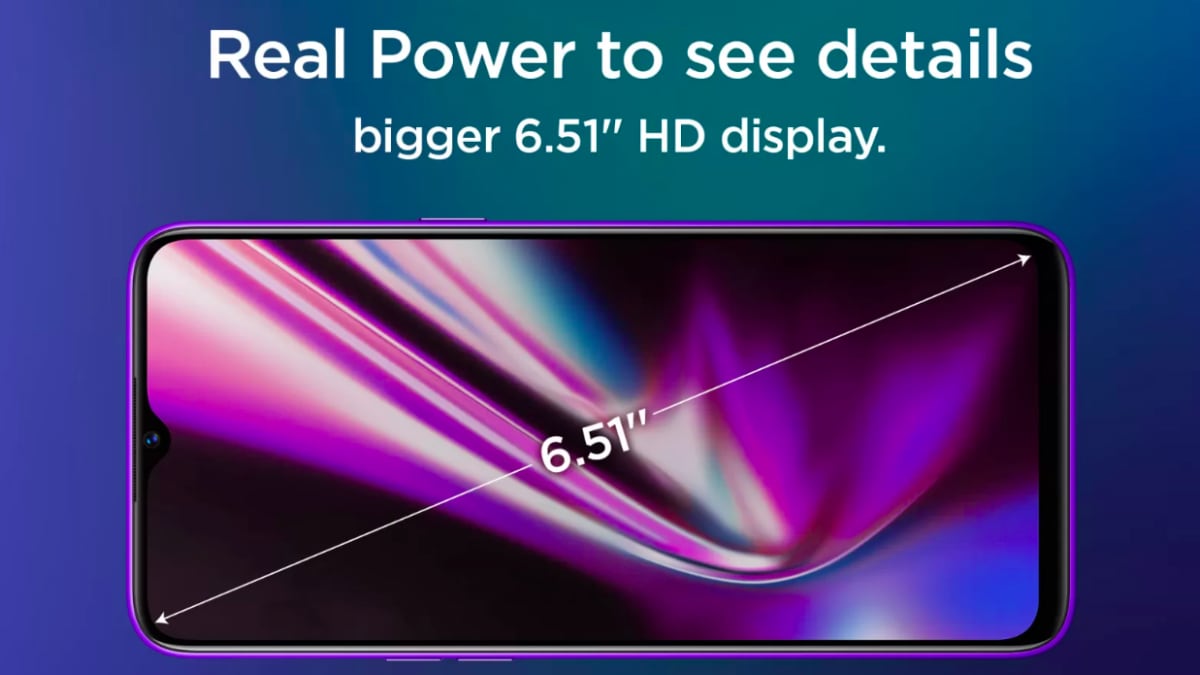 Realme 5s will come with a waterdrop-style display notch

Realme 5s will debut with a 6.51-inch HD+ display, Flipkart has revealed through its teaser page. The new Realme phone will launch alongside the Realme X2 Pro in India. It appears to come as an upgrade to the existing Realme 5. Featured on the teaser page, the official render of the Realme 5s showcases its waterdrop-style display notch. The smartphone will also come with a diamond-cut finish at the back that will sport the Realme branding on top.

The teaser page also showcased that the Realme 5s will come with a 5,000mAh battery. Further, the handset will retain the waterdrop-style display notch that we saw on the Realme 5 and Realme 5 Pro in the past. It will also have a fingerprint sensor at the back.

Last month, the Realme 5s supposedly received certifications in India and Thailand with model number RMX1925. The certifications suggested that the camera setup of the smartphone would be similar to what was featured on the Realme 5 Pro -- with a 48-megapixel primary sensor, secondary sensor sporting a wide-angle lens, depth sensor, and a tertiary sensor with a macro lens.

The Realme 5s launch in India is set alongside the Realme X2 Pro on November 20. Both phones are likely to be available for purchase through Flipkart as well as Realme online store and various offline stores in the country.