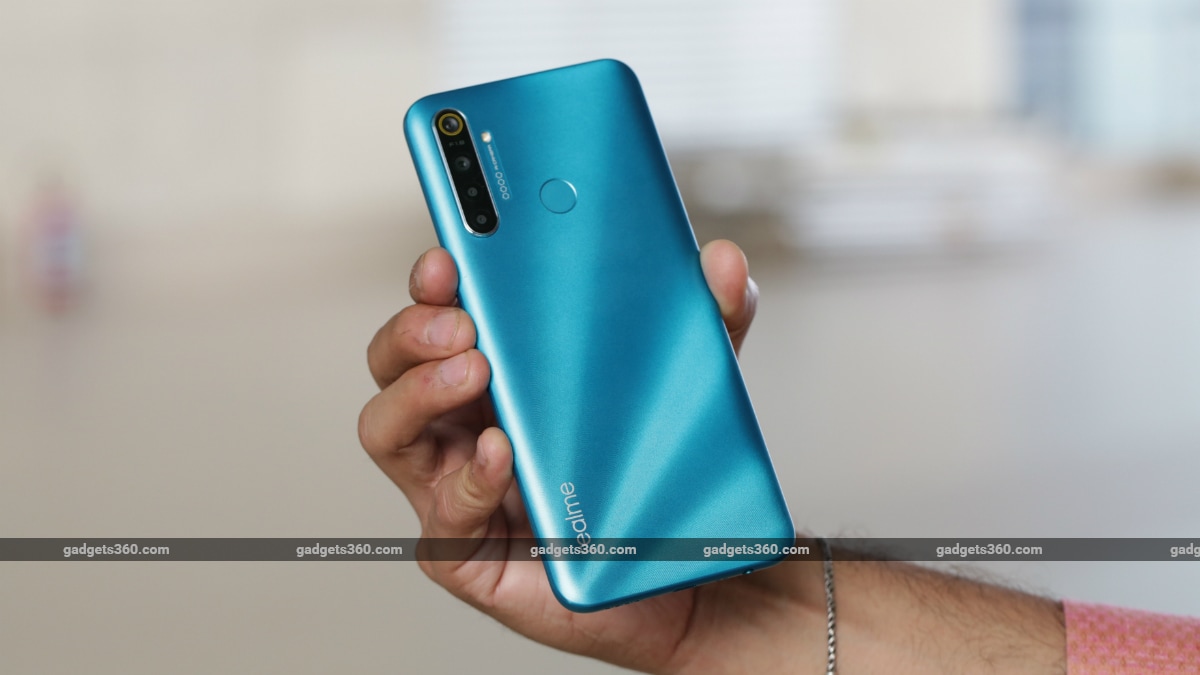 Realme 5i, the latest budget smartphone from Realme, is available via open sale from January 15 on Realme's e-store and Flipkart. The phone is priced at Rs. 8,999 and in order to sweeten the deal, Realme is also providing buyers with offers from MobiKwik, Jio as well as exchange offers through Cashify. The smartphone is available in two colour trims — Forest Green and Aqua Blue. The Realme 5i competes with the likes of the Redmi 8, Redmi Note 8 and is slotted below the Realme 5S.

The Realme 5i is only available in a single variant for now, which comes with 4GB of RAM and 64GB of storage. It's priced at Rs. 8,999 and will eventually go on to replace the Realme 5.

Some of the offers we mentioned above, include benefits worth Rs. 7,550 for Jio users. These benefits will be available after purchasing the smartphone through Flipkart. Customers making the purchase through the Realme online store are entitled to receive a 10 percent ‘SuperCash' of up to Rs. 1,000 via MobiKwik. Cashify is also providing an additional cashback worth Rs. 500 when exchanging an old smartphone through the Realme online store.

The dual-SIM Realme 5i comes with Android 9 Pie along with ColorOS 6.0.1 on top. The phone has a 6.52-inch HD+ (720x1600 pixels) in-cell display with 20:9 aspect ratio and 269ppi of pixel density. Further, it is powered by an octa-core Qualcomm Snapdragon 665 SoC, coupled with 4GB of LPDDR4X RAM. In terms of optics, the quad rear camera setup of the Realme 5i includes a 12-megapixel primary sensor along with an f/1.8 lens. It is assisted by an 8-megapixel sensor that has a wide-angle f/2.25 lens, paired with two 2-megapixel sensors that have f/2.4 portrait and macro lenses on top.

Realme has provided 64GB of inbuilt storage on the Realme 5i that is expandable via microSD card (up to 256GB). Connectivity options on the phone include 4G VoLTE, Wi-Fi, Bluetooth v5.0, GPS, Micro-USB, and a 3.5mm headphone jack. Sensors on board include an accelerometer, ambient light, gyroscope, and a proximity sensor. Furthermore, there is the rear-mounted fingerprint sensor for biometric authentication. The Realme 5i packs the 5,000mAh battery that comes with 10W charging support. Besides, the phone measures 164.4x75x9.3mm and weighs 195 grams.

Competing with the Realme 5i, is the Redmi 8 which is priced below it. However, for a Rs. 1,000, Xiaomi has the Redmi Note 8 on offer too. If you were wondering which one is the better pick, then you might want to look at our comparison between the two phones, where we answer that for you.

5G iPad Pro May Launch Later This Year, Report Claims
Buying a Budget TV Online? Here’s How to Pick the Best One