Realme 5i is available for purchase in both original and the new variants through Flipkart and the Realme.com website. 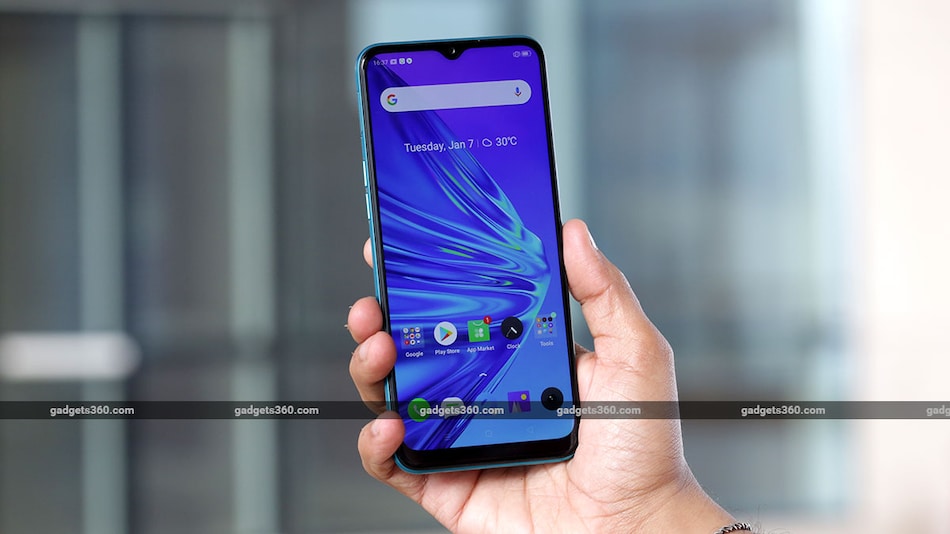 Realme 5i, one of the most affordable phones by the Chinese brand, has received a new variant in India. The new variant comes with 128GB of onboard storage. The Realme 5i was launched in India in January in lone, 4GB RAM + 64GB storage variant. Key highlights of the phone include a quad rear camera setup and a 5,000mAh battery. The Realme 5i also comes with a waterdrop-style display notch and has a fingerprint sensor at the back. The Realme phone competes against Xiaomi's Redmi Note 8 that comes in 4GB and 6GB RAM options with 64GB and 128GB of internal storage, respectively.

Realme 5i price in India

The Realme 5i price in India is set at Rs. 9,999 for the 4GB RAM + 128GB storage configuration. This is Rs. 1,000 more than the 64GB storage variant that was launched earlier this year with a price tag of Rs. 8,999. Both variants of the Realme 5i are available for purchase through Flipkart and the Realme.com website. Furthermore, the phone comes in Aqua Blue and Forest Green colour options.

The dual-SIM (Nano) Realme 5i runs Android 9 Pie with ColorOS 6.0.1 on top and features a 6.52-inch HD+ (720x1600 pixels) in-cell display along with 20:9 aspect ratio. Under the hood, the phone has the octa-core Qualcomm Snapdragon 665 SoC, paired with 4GB of LPDDR4X RAM. The quad rear camera setup of the Realme 5i has a 12-megapixel primary sensor along with an f/1.8 lens. It is coupled with an 8-megapixel sensor that has a wide-angle f/2.25 lens, paired with two 2-megapixel sensors that have f/2.4 portrait and macro lenses on top. For selfies, there is an 8-megapixel camera sensor at the front -- along with an f/2.0 lens.

Realme 5i vs Redmi Note 8: Which of These Popular Smartphones Should You Buy?

Realme has provided 64GB and 128GB storage versions that both are expandable via microSD card (up to 256GB). Connectivity options include 4G VoLTE, Wi-Fi, Bluetooth v5.0, GPS/ A-GPS, Micro-USB, and a 3.5mm headphone jack. Sensors on board include an accelerometer, ambient light, gyroscope, and a proximity sensor. The phone also has the rear-mounted fingerprint sensor. Besides, it packs a 5,000mAh battery.

Social Media Ban Said to Have Lifted in Jammu and Kashmir: All You Need to Know
Coronavirus: Facebook Gives WHO Free Ads in Battle With Misinformation