Realme GT series is also launching in India in the next quarter. 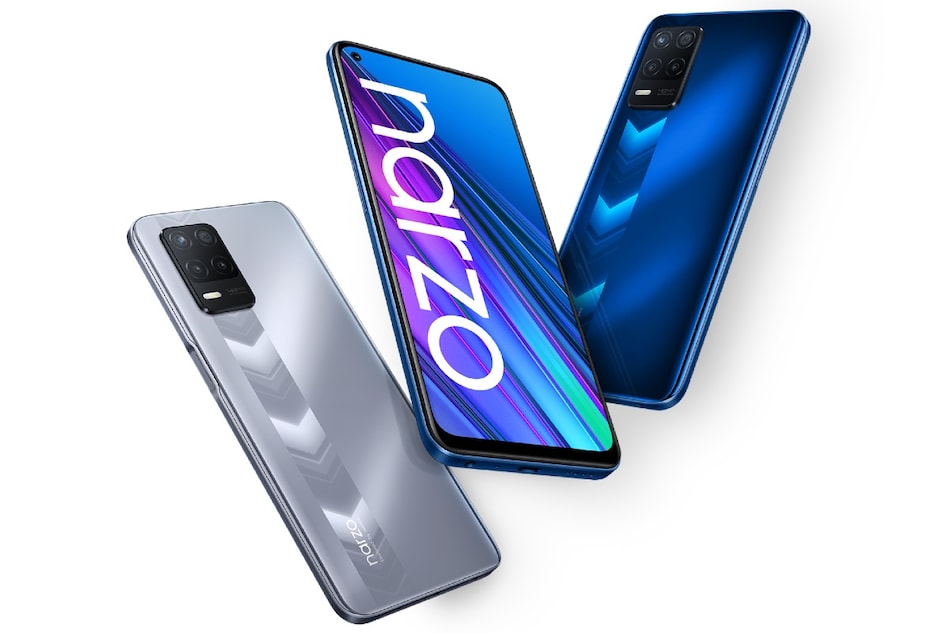 Realme recently expanded its 5G portfolio in India, with the launch of the Realme Narzo 30 5G

Realme is set to launch 5G phones in the under Rs. 10,000 price segment next year, India CEO Madhav Sheth revealed during a webinar on Wednesday. The executive also promised that all the company's new products priced higher than Rs. 15,000 will be 5G-only in the near future. The Chinese company started its 5G journey in India with the launch of the Realme X50 Pro 5G last year. It, however, recently expanded the 5G phone portfolio in the country, with the launches of models such as the Realme 8 5G, Realme Narzo 30 Pro 5G, and the Realme X7 Max 5G, among others.

“In 2021, we have set our target to be the 5G leader in India, making the technology more accessible from premium to the masses,” Sheth said.

He revealed that Realme is planning to launch the Realme GT series in the country as a part of its 5G strategy in the next quarter. There will be multiple Realme GT models and not just one product, the executive underlined.

Realme unveiled the original Realme GT 5G in China in March and brought it to global markets including Europe, Poland, Russia, Spain, and Thailand in June. It also has the Realme GT Neo and Realme GT Neo Flash as two of its streamlined models in the Realme GT series. Further, the company is anticipated to expand the new lineup with the launch of the Realme GT Master Edition in the coming future.

In addition to the launch of the Realme GT series, Sheth said during the webinar that the company was planning to expand its 5G phones in the Narzo segment by launching new models within this year. Last month, Realme introduced the Realme Narzo 30 5G as its latest 5G phone in the Narzo series.

Realme earlier this year promised to build a portfolio of all 5G phones above the Rs. 30,000 price segment in the country. That promise will be extended to all its new phones over the Rs. 15,000 price bracket.

5G being a key driver of growth, we confirmed our plan at the start of the year, that all #realme products above 20K will be 5G. Extending that promise further from now on all our products above 15K will be 5G.
We are also working on bringing 5G phones in the sub 10K segment. pic.twitter.com/BbRol3VUDZ

Sheth, however, stated that it would be difficult to estimate when exactly the company would get an entire 5G portfolio. He last month stated that Realme would launch a 5G phone at a price of around $100 (roughly Rs. 7,500).

Last week, Realme introduced its new ‘1+5+T' strategy under which it is planning to have a smartphone, connected with five key categories of Internet of Things (IoT) products (including truly wireless (TWS) earbuds, wearables, TVs, laptops, and tablets), and an open partner platform to support IoT startups.

MediaTek India Director for Corporate Sales and Business Development Kuldeep Malik stated during the webinar that the company shipped its 45 million Dimensity-series chips to offer the next-generation cellular technology.

Although telecom operators are currently conducting their 5G trials in the country and are yet to launch them commercially, research firm Counterpoint has stated that 26 percent of the total smartphone consumers are already asking for 5G as a feature in their smartphones.

“The reason why a lot of these users are [asking for 5G] is the average replacement rate in India for a phone is 24 months, and they want their phone, their device to be future ready when they are investing today,” said Tarun Pathak, Associate Director, Counterpoint.

He added that 31 million smartphones enabled with 5G will be sold this year until 2021. The 5G phones will surpass their 4G counterparts in terms of device penetration in all price segments above Rs. 20,000, as per the Counterpoint data cited by Pathak.