The teaser image shows that the 64-megapixel sits on top, while the other three rear sensors follow one below the other. 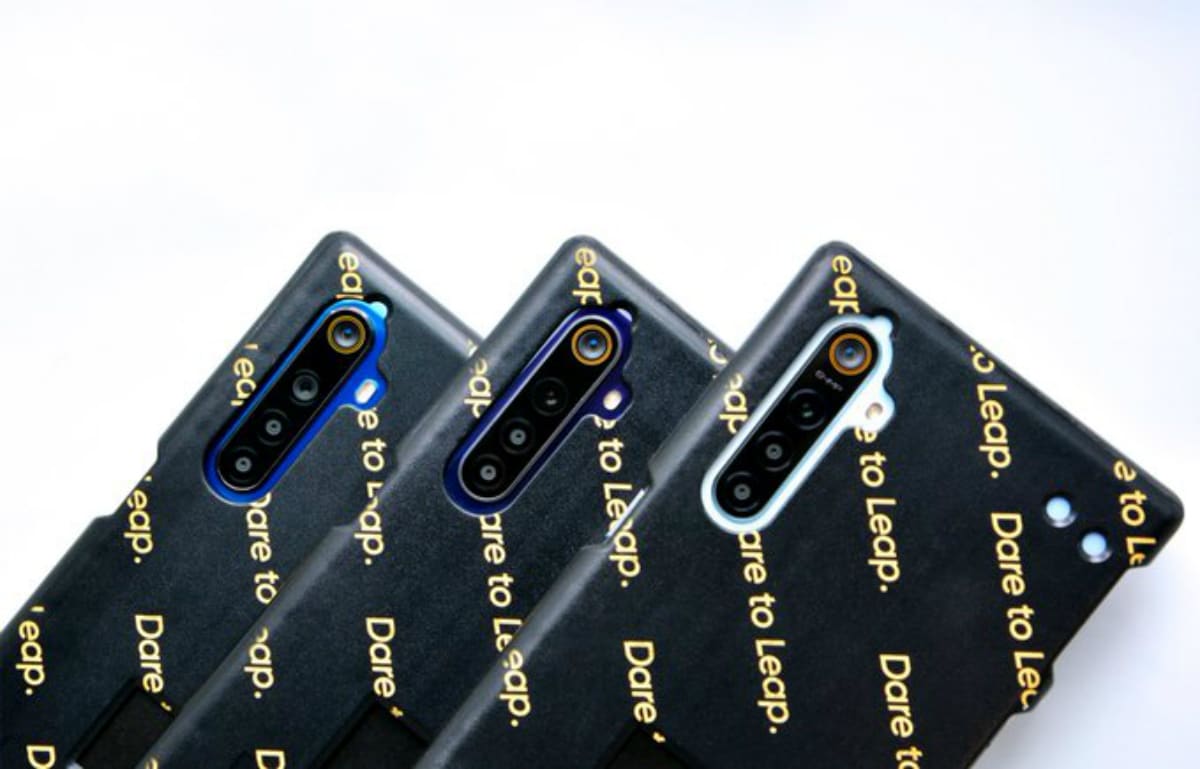 Realme 64-megapixel camera phone, which may also be called the Realme 5 or Realme 5 Pro, has now been teased yet again. This time the back panel image is released, showing off the quad camera setup at the back. The entire back panel is covered, but the four rear cameras are shown off in all their glory, giving us a sneak peek at what the phone will look like. Only the back part of the phone has been teased, and the front still remains a mystery.

CEO Madhav Sheth has taken to Twitter yet again, to drop a new teaser of the Realme 64-megapixel camera phone ahead of the big showcase tomorrow. This time he has shared an image that shows off the back panel of the phone, but its covered in a case revealing very little. We can clearly see the quad camera setup though, aligned vertically, the 64-megapixel main sensor sitting right on top, and the others following suit one beneath the other. The flash sits on the right side of the sensors, and there's no sight of a rear fingerprint sensor either. The teaser image also reveals that the phone may come in three colour options with two shades of blue, and one white colour option as well.

The tweet reads, “Get ready for the world's first hands-on experience of #64MP Quad Camera on a smartphone, tomorrow at the #realme camera innovation event. Stay Real, No Hype. #LeapToQuadCamera.”

Sheth has even changed his Twitter name hinting that the Realme 64-megapixel camera phone may be called the Realme 5 or Realme 5 Pro. Realme is rumoured to use Samsung's ISOCELL Bright GW1 sensor that was announced earlier this year, but there has been no confirmation from the company's end as of yet.

The India launch event is set to begin at 4.30pm IST tomorrow, and we will be on ground zero giving you all the details.

Indians Most Open in Asia Pacific to Switching to Digital-Only Financial Provider: Forrester Research
Tesla Scrutinised by US Agency Over Model 3 Safety Claims