Realme 5 is now getting a fresh software update over-the-air with a number of improvements. 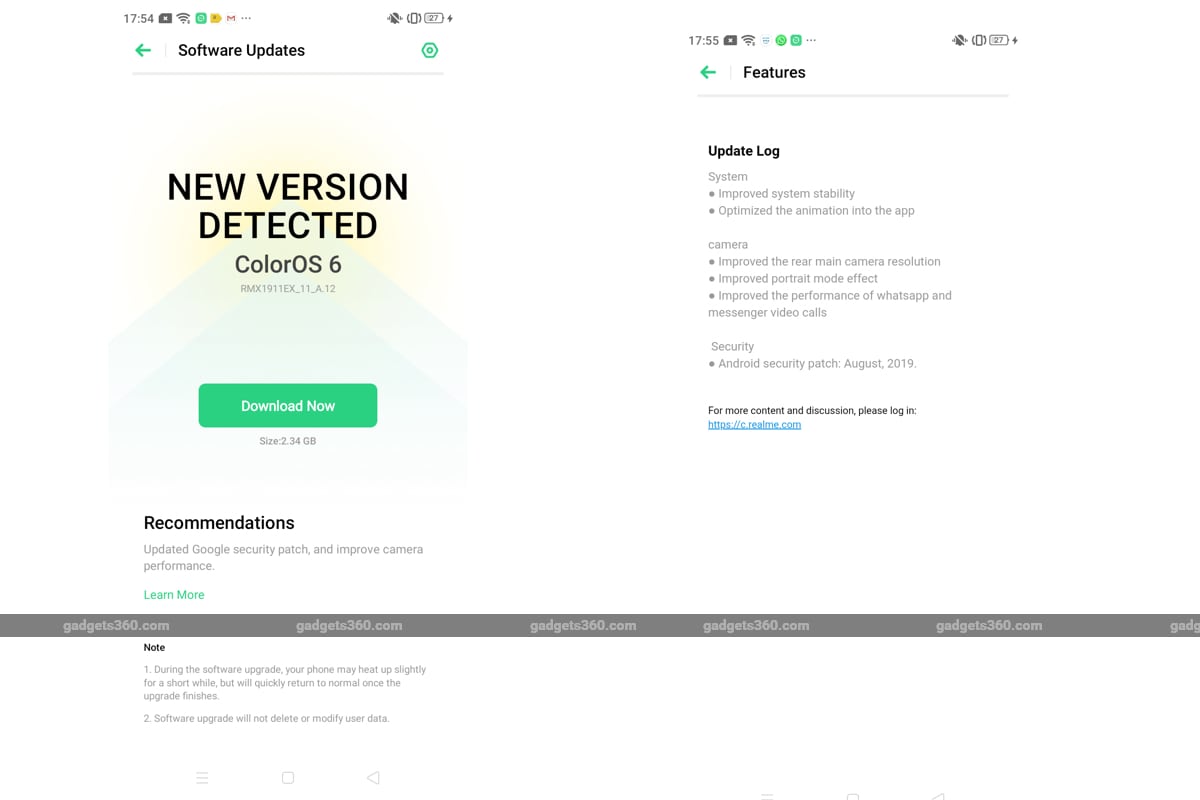 Realme 5 is now getting its first software update in India. The phone was launched in August this year alongside the Realme 5 Pro. Realme 5 is an affordable smartphone with quad rear camera setup. The smartphone has been available in India via multiple flash sales so far. The software update brings a bunch of system and security updates along with a set of improvements to the default camera app. The update includes the Android security patch for the month of August, this year.

The fresh ColorOS 6.0 update carries the firmware version RMX1911EX_11_A.12 and is 2.34GB in size. With the fresh update, Realme 5's 12-megapixel camera will be able to capture photos in a slightly better resolution. Portrait mode effect has also received an improvement with the update.

Realme 5's new update will also help improve the performance of WhatsApp and Facebook Messenger video calls, according to the update's changelog.

The update is now available as an over-the-air update and will roll out to all Realme 5 users in the coming few weeks. In case you want to check if your Realme 5 unit has received it, go to Settings > Software Updates and check for new updates.

The Realme 5 runs ColorOS 6.0 based on Android 9 Pie and is powered by Qualcomm's Snapdragon 665 SoC. It comes with a 6.5-inch HD+ display that includes Corning Gorilla Glass 3+ protection. The phone comes with a quad-camera setup at the back and includes electronic image stabilization (EIS). For the selfies, the Realme 5 comes with a 13-megapixel selfie camera with AI beauty modes.