Earlier, Realme confirmed that the phone will pack a 4,230mAh battery and a Helio P60 SoC. 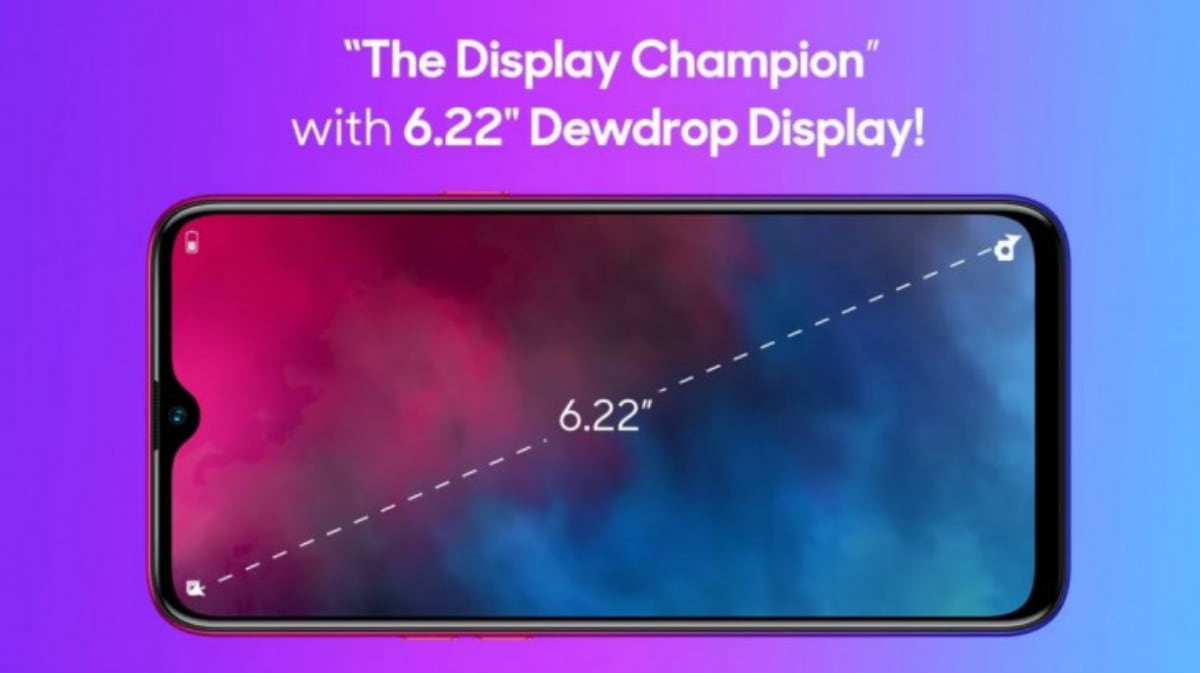 Realme 3i is set to launch on July 15

Realme 3i is all set to launch alongside the Realme X on July 15. The company has been rolling out teasers bit by bit on Flipkart, and it has now updated its page to confirm that the Realme 3i will sport a dewdrop display. The front panel of the phone is revealed showing off a slight chin at the bottom and the teaser poster also confirms that the display size will be 6.22-inch. Earlier, the company confirmed that the phone will pack a 4,230mAh battery and a Helio P60 SoC.

Flipkart has updated its Realme 3i teaser page to reveal that the phone will sport a waterdrop-style notch (aka dewdrop notch), and a 6.22-inch display size. This teaser with the front panel comes days after the back panel was revealed on the Flipkart app.

The smartphone is all set to launch in India alongside the Realme X on July 15. A Geekbench listing suggested that the phone will run on Android Pie and pack 4GB of RAM as well. The Realme 3i is likely to come as a cheaper variant of the Realme 3 that was launched earlier this year. It should be priced relatively lesser than the Realme 3, which currently retails in India starting at Rs. 8,999.