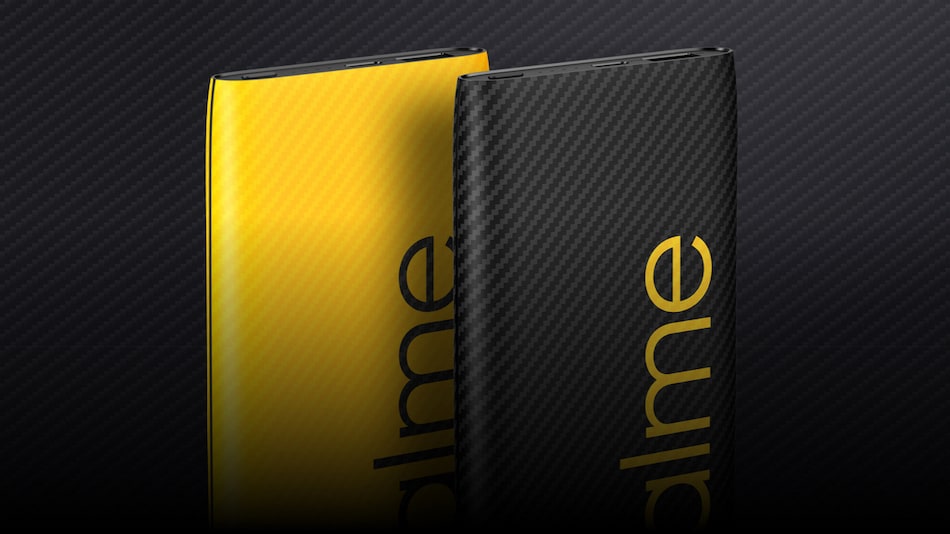 The Realme 30W Dart Charge 10000mAh Power Bank is priced at Rs. 1,999. It comes in two colour options, black and yellow, both of which have a carbon fibre texture. The company states that the first sale will take place on July 21 at 12pm (noon) via Flipkart and Realme website.

The 30W Dart Charge power bank by Realme comes with a capacity of 10,000mAh from the two built-in high-density Lithium-ion polymer batteries. It takes 1 hour and 36 minutes to completely charge its 10,000mAh battery as it supports two-way Dart Charge, as per the company. The power bank boasts of 30W charging speeds and comes with support for multiple fast charging solutions including Dart, VOOC, Quick Charge, PD, and more.

There are dual output ports – a USB Type-A and a USB Type-C, a power button, and an LED indicator that shows the remaining capacity in the power bank. When using a single port for charging a device, the power bank can deliver full 30W of power, but when both the ports are being user simultaneously, the total output becomes 25W. The 30W Dart Charge 10000mAh Power Bank comes with built in 15-layer charging protection including over-voltage protection, input surge protection, charging patch impedance, electrostatic, under-voltage, and temperature protection. It also has low current mode for charging AIoT devices like wireless earbuds or smart wearables.

In terms of design, Realme says the power bank has a 3D curved design. There is a carbon fibre texture on the power bank that comes in two colours, black and yellow, and has the Realme branding. It weighs 230 grams and is 17mm thick.

Amazon Dash Cart Unveiled, a Smart Shopping Cart That Knows What You're Buying