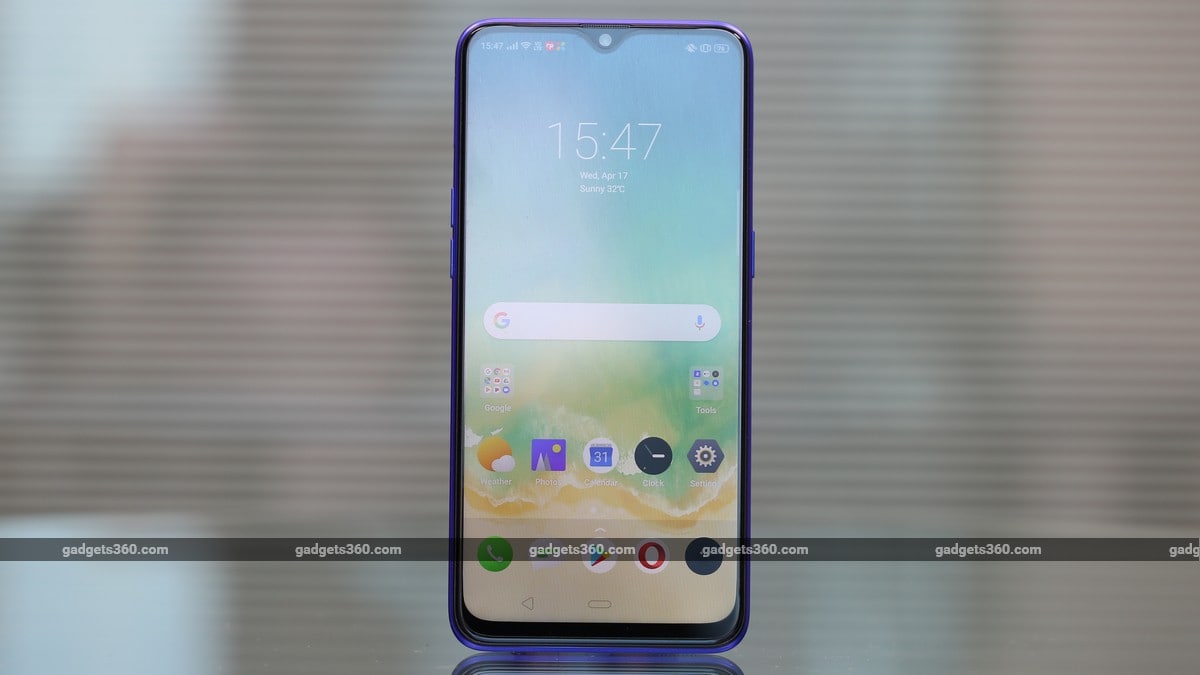 Realme 3 Pro is official. The Chinese smartphone maker Realme on Monday unveiled the new smartphone at a press event in New Delhi. The new Realme offering improves upon the Realme 3 by packing a better camera, faster SoC, and a larger display with a higher resolution among others. The Realme 3 Pro comes equipped with a 6.3-inch full-HD+ display and is powered by the Snapdragon 710 SoC, while ColorOS 6.0 based on Android Pie handles things on the software side. The Realme 3 Pro comes in a trio of colours and also sports a layer of Gorilla Glass 5 for protection. It will be competing with the Redmi Note 7 Pro smartphone in the country, which currently retails starting Rs. 13,999. In addition to the Realme 3 Pro, the company also introduced the new Realme C2 budget smartphone.

The Realme 3 Pro comes in Carbon Grey, Nitro Blue, and Lightning Purple colour options with a gradient finish. As far as availability is concerned, the Realme 3 Pro's first sale will be conducted at 12pm (Noon) on April 29 via Realme online store and Flipkart. While the Carbon Grey and Nitro Blue colours will be available from day one, the Lightning Purple colour option will be released in May.

Ahead of the April 29 availability, Realme will also be organising a pop-up store at 04:30pm on April 27 in Pacific Mall, Subhash Nagar, New Delhi, where the company will give the consumers a chance to purchase Realme 3 Pro before the first official sale.

According to Realme, the first 1,000 customers to buy the Realme 3 Pro on April 29 via the company's online store will get free Realme Buds. Additionally, the Realme online store buyers will also be eligible for 15 percent supercash cashback (up to Rs. 1,500) on payment via Mobikwik.

The consumers getting the Realme 3 Pro via Flipkart will get flat Rs. 1,000 discount on payment via HDFC Bank credit cards, debit cards, and EMI transactions. The Flipkart buyers will also be eligible for no-cost EMIs up to six months.

Additionally, the Realme 3 Pro buyers, regardless of where they are purchasing the phone from, will get benefits worth Rs. 5,300 from Reliance Jio.

In addition to the Realme 3 Pro, Realme also launched the new Realme C2 at the event, which has been priced starting at Rs. 5,999.

For authentication, the Realme 3 Pro packs a rear-mounted fingerprint sensor. The phone also comes with Widevine L1 certification to let users stream HD content from services like Amazon Prime Videos and Netflix. Additionally, the phones features up to 128GB of onboard storage, which can further be expanded via a microSD card (up to 256GB).