The latest update for the Realme 3 Pro fixes issues with the recent interface and power off countdown pop-up window. 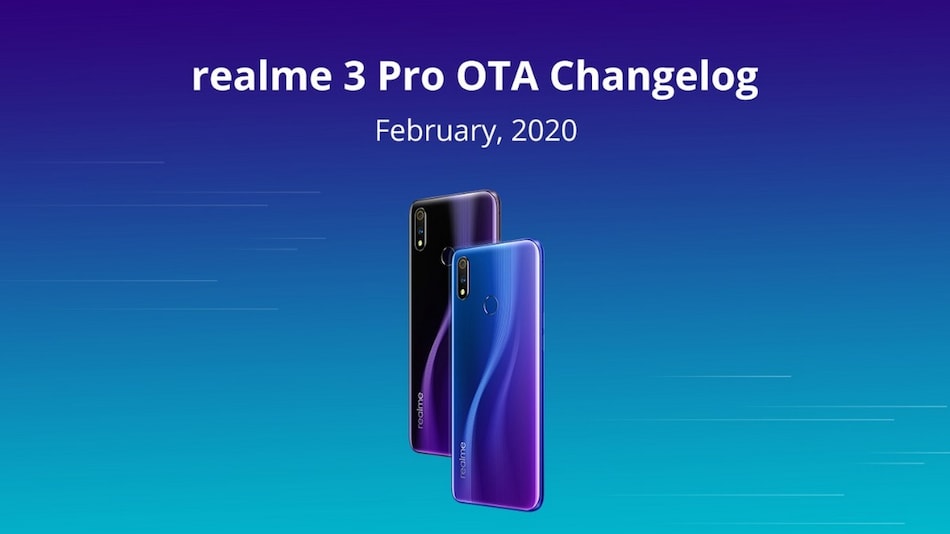 Realme has released a new Over The Air (OTA) update for February that adds voice calling over Wi-Fi (VoWiFi) for Realme 3 Pro users, along with other changes. The update version RMX1851EX_11.C.03 will have a staged roll out which means it will only be available to some users initially. It updates the Realme 3 Pro to the latest Android security patch and some issues that users had complained about. Realme will push the update to more users in a few days and after testing for bugs, it will be rolled out to all users.

The RMX1851EX_11.C.03 update adds VoWiFi feature for the Realme Pro 3 users who use Airtel and Jio services in India. VoWiFi (or Wi-Fi calling) essentially allows users to make calls using the Internet. This means that indoors, where your mobile signal might not be as strong, if you are connected to a fast WiFi network, that connection can be used to make calls instead. Realme India CEO Madhav Sheth also took to Twitter and shared a list of phones that have received VoWiFi in February. These include the Realme 5, Realme 5s, Realme X, Realme XT, and a few others.

The update also fixes the task lock up limitation prompt that was reported in the recent interface. Another fix that the update brings is the regarding the power off countdown pop-up window that stayed dark when users switched off dark mode during the countdown. Realme 3 Pro users get the latest February, 2020 security patch with this update.

To check if you received the latest update, go to Settings > Software Updates and you should see it there. If you want to manually install the update, first download it from the website and transfer it to your device's onboard memory. Then go to Settings > Additional Settings > Back Up and Reset > Backup & Restore, and back-up your data. Once done, go to File Manager and tap on the update file. In the pop-up, tap on Update Now and wait for it to complete.