Realme 3 Pro Starts Receiving Android 10 Update With Realme UI in India: All You Need to Know

Realme 3 Pro’s Android 10 update is now rolling out in India in a phased manner. 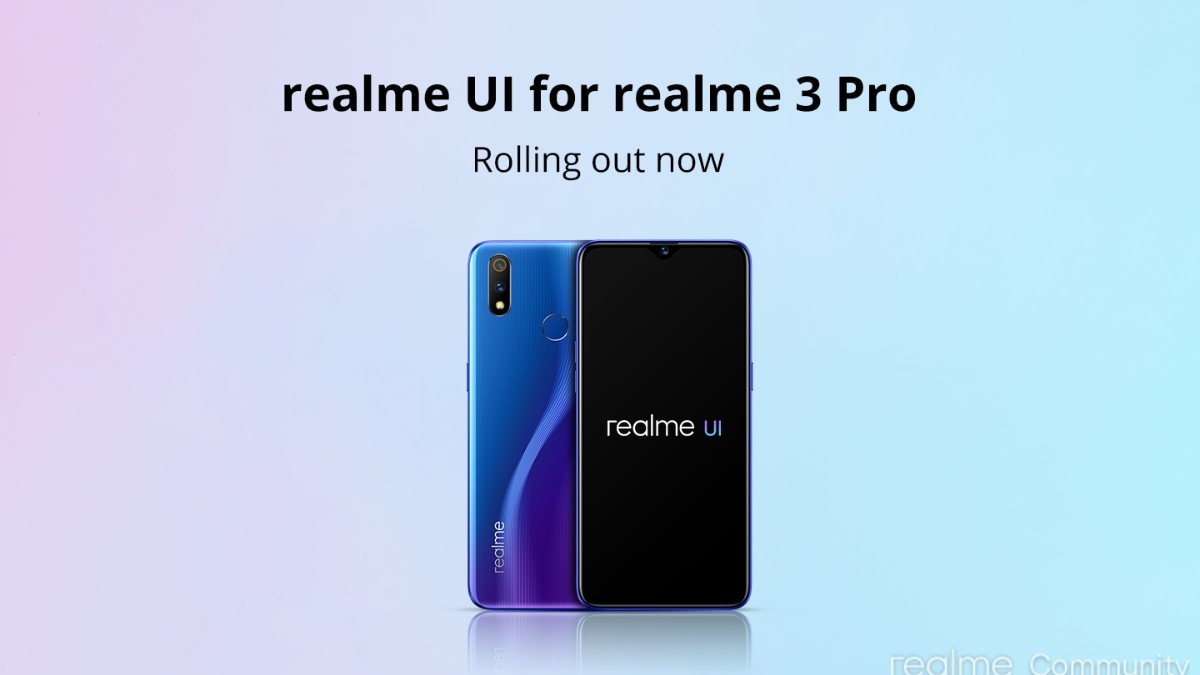 Realme has begun the rollout of Android 10 update for the Realme 3 Pro in India that brings the Realme UI custom skin to the phone. The Realme 3 Pro is among the first Realme phones to get the Android 10 update. As for the changelog, the update brings a design overhaul, optimised Game Space, new wallpapers, improved Smart Sidebar, and camera optimisations among other tweaks. Additionally, the update now allows Realme 3 Pro users to share files with Oppo, Vivo, Xiaomi phones via the Realme Share feature. This cross-brand file sharing feature is now live on certain Xiaomi phones and Oppo phones running Android 10-based ColorOS 7, and will soon go live on Vivo phones as well.

The Android 10 update with the Realme UI carries the build number RMX1851EX_11_C.01 and is now being rolled out in a staged manner, as per the official community forum post. In case you haven't received the over-the-air (OTA) update notification on your Realme 3 Pro, you can check for the update manually by going to the software update section in the Settings app. Alternatively, you can download the update files from the official Realme update channel when it gets listed.

Talking about functional changes, Realme UI improves the one-handed usage experience and also tweaks the layout for the Smart Sidebar. Users can now drag out an app out from the Smart Sidebar to start the split-screen interface, and in order to collapse or revert back to the full screen, users just have to tap on the bubble at the top. Notably, the three-finger dynamic screenshot feature that we first saw in ColorOS 7, has made its way to the Realme 3 Pro with the Android 10-based Realme UI update.

Android 10's gesture-based navigations have also arrived on the Realme 3 Pro with the fresh update. Moreover, the Focus Mode for letting users keep away from their phone for a specified amount of time has also been added. The update also introduces a security-centric feature called Random MAC address Generator. As the name suggests, this feature prompts the phone to generate a random MAC address when it is connected to a public Wi-Fi network for security reasons.

Apple Patent Talks About Touchscreen Laptops: MacBook With Touch Support Incoming?
Amazon Great Indian Sale 2020 Live for All: Offers, Deals, and Everything Else You Need to Know