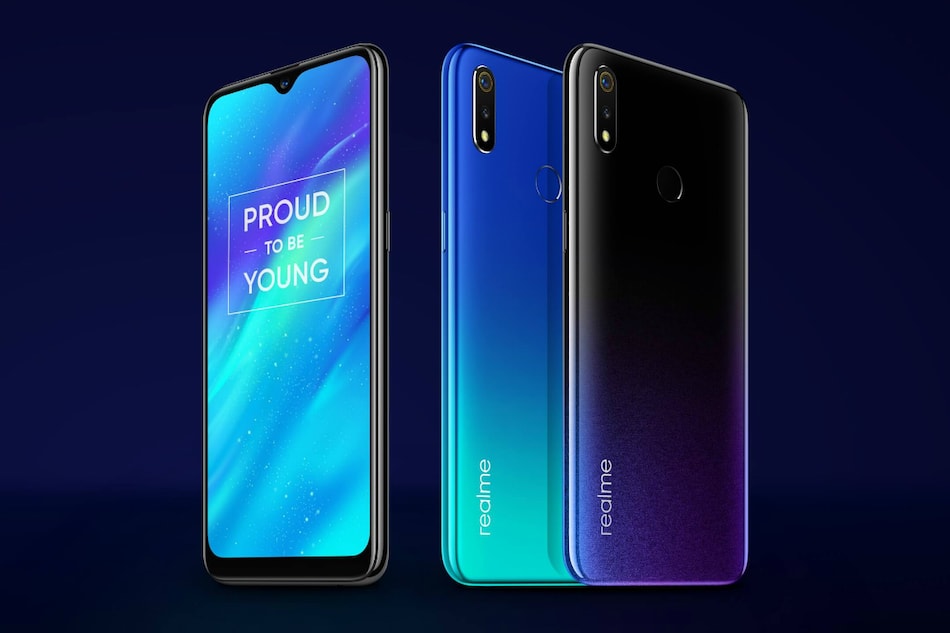 Realme 3 and Realme 3i phones are now receiving the Android 10-based Realme UI stable update in India. The new Realme UI update brings a new interface, and comes with an optimised Smart Sidebar that includes features like Assistive Ball Opacity and Hide Assistive Ball on Fullscreen App. It also optimises the 3-finger screenshot gesture feature, and provides Navigation Gestures 3.0 with support for gestures in landscape mode. The new update also adds a new focus mode, new charging animation, and enhances overall performance of the devices. The new Android 10-based Realme UI update comes just a week after Realme opened up its beta programme for these two phones.

The company took to the forums to announce that Android 10-based Realme UI update is rolling out for the Realme 3 and Realme 3i phones. The version number for both the phones is RMX1821EX_11.C.09. Realme notes that the rollout is being conducted in batches, so it may be a while before all users get notified of the update. Users may check manually for the update in Settings.

Both the Realme 3 and Realme 3i updates come with identical changelogs, and the updates bring a new Real Design interface that claims to be more attractive and efficient. The smart sidebar is optimised to include new features like ‘Assistive Ball Opacity' and ‘Hide Assistive Ball on Fullscreen App'. The Smart Sidebar also brings the floating window feature for more apps, and adds bubble animation for when you open an app in a floating window from the Smart Sidebar.

The updates bring an optimized 3-Finger Screenshot Gesture and Navigation Gestures 3.0 that supports gestures in landscape mode as well. There's a new Focus Mode that has been added to help minimise distractions while learning or working, and quick settings have been optimised for easier one-hand operation. The charging animation has also been redesigned with the new Realme UI update, and a pause feature has been added for screen recording.

Additionally, the latest Realme 3 and Realme 3i updates include optimised system built-in ringtones, and improved visual interaction an loading animation for Game Space. There are new artistic wallpapers to choose from, and animated wallpapers support on the lockscreen has been added. A new option to open Global Search or the notification panel when swiping down on homescreen has also been added. Users will now be able to customize the size, shape, and style of app icons on homescreen after this update.

The Realme UI update brings a new Simple Mode for homescreen that features larger fonts, icons and a clearer layout. With this update, Realme Share now supports sharing files with Oppo, Vivo, and Xiaomi devices. There's a new trim feature in recordings that has been added, and weather-adaptive animations in weather have also been introduced.