Realme 2 Pro’s latest update is being rolled out in a staged manner. 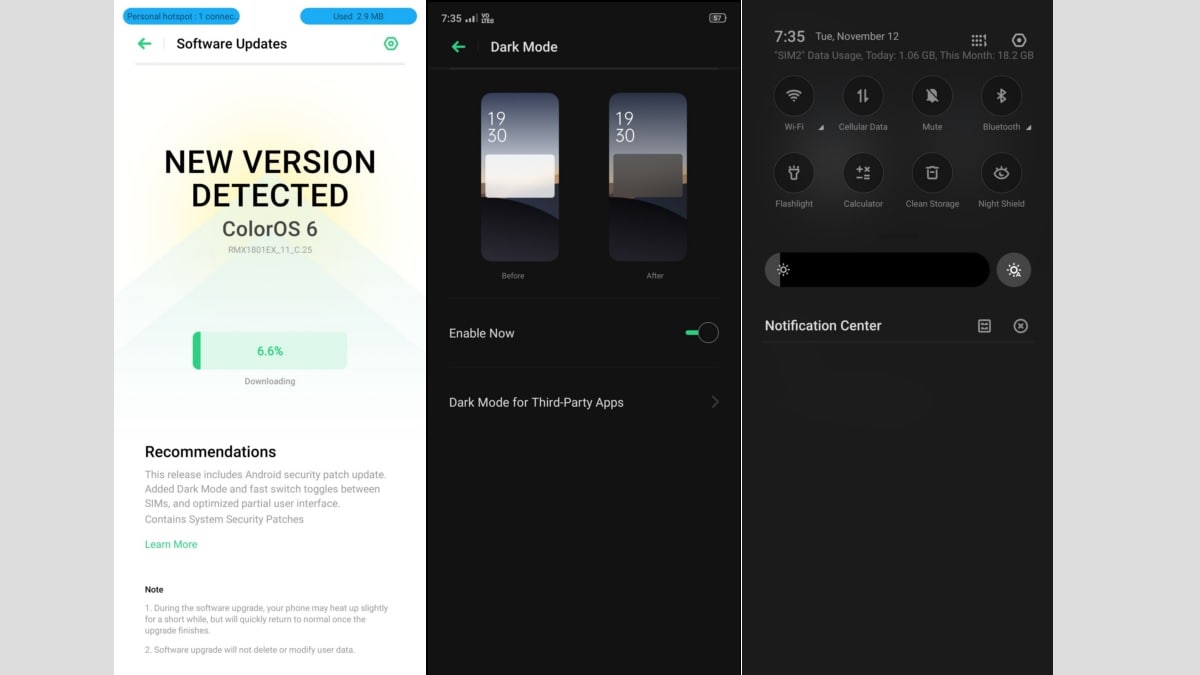 Realme has begun seeding a new update for the Realme 2 Pro in India that brings a host of new features such as a system-wide dark mode and expanded third-party app support for the app clone feature among others. The update also brings a redesigned notification centre, and a data switch feature has been added to the notification panel as well. The latest Realme 2 Pro update also brings with it the November Android security patch. However, the update is still based on Android Pie, and not Android 10.

Realme notified about the update's rollout via an administrator post on the official Realme community forum. The new update for the Realme 2 Pro carries the build number RMX1801EX_11_C.25 and is running Android Pie with the ColorOS 6 skin on top. The update is being rolled out in a staged manner, so if you haven't received the OTA yet, head to the software update section on the Realme 2 Pro and check for its availability. Alternatively, you can download the update package manually from Realme's official software update portal here.

As for the update itself, it brings the November security patch, alongside a host of UI tweaks and new features. The most notable change is the arrival of a system-wide dark mode, a feature that has made its way to numerous phones from the company such as the Realme 3 Pro, Realme 5 Pro, as well as the entry-level Realme C2 among others in the past few weeks. The update also adds the Realme Laboratory, brings a data switch tool to the notification panel, and introduces a redesigned notification centre.

Other changes include expanded third-party app support for the native app clone feature, and a new notification switch dot to alert users about a software update. Moreover, following the latest update, Realme 2 Pro users can now swipe left or right to remove the message prompt after receiving a message. As of now, the update is being seeded to a small batch of Realme 2 Pro users in India in a staged manner, and once the company ensures that there are no critical bugs, the broader rollout will commence.