Realme 10W Wireless Charger is currently available for purchase through the company’s site in India. 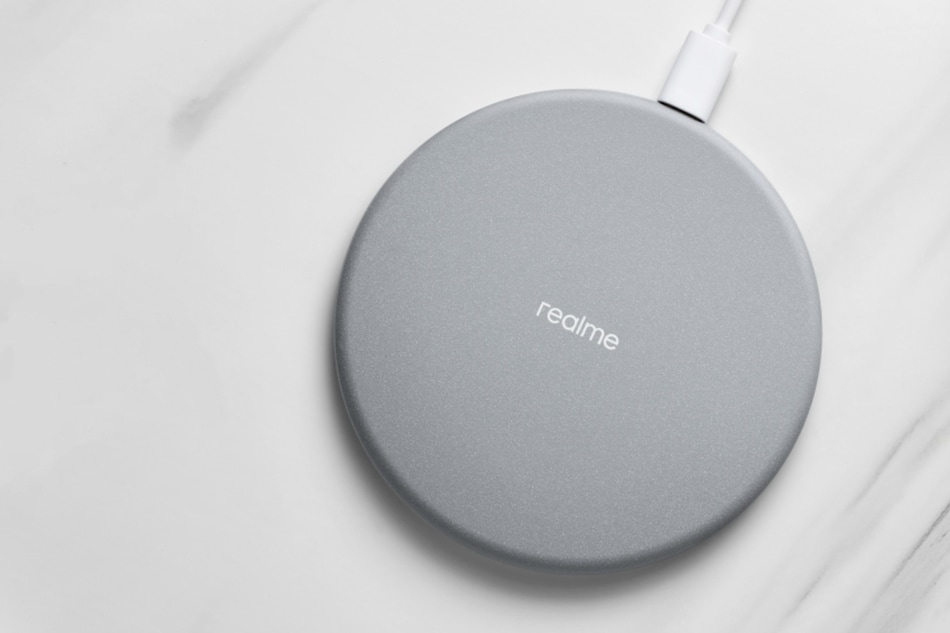 Realme 10W Wireless Charger is based on Qi charging standard

Realme 10W Wireless Charger has quietly made its way to India and is available for purchase with a price tag of Rs. 899. The new development comes weeks after Realme India CEO Madhav Sheth hinted at the imminent debut of its wireless charger in the country. The 10W Wireless Charger is based on universally accepted Qi charging standard and is designed to charge phones as well as wearables, including the Realme Buds Air. In addition to the new launch, Sheth has taken to Twitter to announce the arrival of the 65W and 50W Realme Ultra-thin SuperDart Charger models in the country.

As per the listing on the Realme India site, the 10W Wireless Charger is available in Grey colour option. It features a Soft Scrub Paint coating on top that helps protect against accidental slip offs. The charger also has foreign object detection and is 9mm thin.

The Realme 10W Wireless Charger comes with a USB Type-C port that enables both 10W and 18W input. However, it is capable of delivering up to 10W power when connected with a Quick Charge 2.0 or Quick Charge 3.0 charging adapter. It can also provide up to 7.5W output for charging an iPhone model.

Alongside smartphones, the 10W Wireless Charger is also capable of charging low-power devices including the Realme Buds Air. The device comes bundled with a 50cm charger cable.

The Realme 10W Wireless Charger is currently limited to the company's site, though it would soon be available through other online and offline channels in the country. Realme India CEO Madhav Sheth confirmed the launch of its wireless charger in his Q&A series on YouTube in June.

Sheth on Saturday revealed that Realme is set to launch its 65W and 50W Ultra-thin SuperDart Charger models in the country. The executive posted an image showing the pocketable design of the new offerings. Exact details about the availability and pricing of the chargers are yet to be revealed, though.

We will soon introduce the 65W and 50W #realme Ultra-thin #SuperDart Chargers. More easy to carry and use. #TechTrendsetter pic.twitter.com/e6eL4OvFjx

Realme has its SuperDart technology to deliver faster charging experiences. While the Realme X50 Pro 5G supports 65W SuperDart, phones including the Realme X2 Pro come with 50W SuperDart. Last month, the company also introduced its 125W UltraDART fast charging technology that is aimed to fully charge a 4,000mAh battery in 20 minutes. It is yet to be featured on a Realme phone.