ColorOS 6 update is rolling out over-the-air (OTA) in a staged manner. 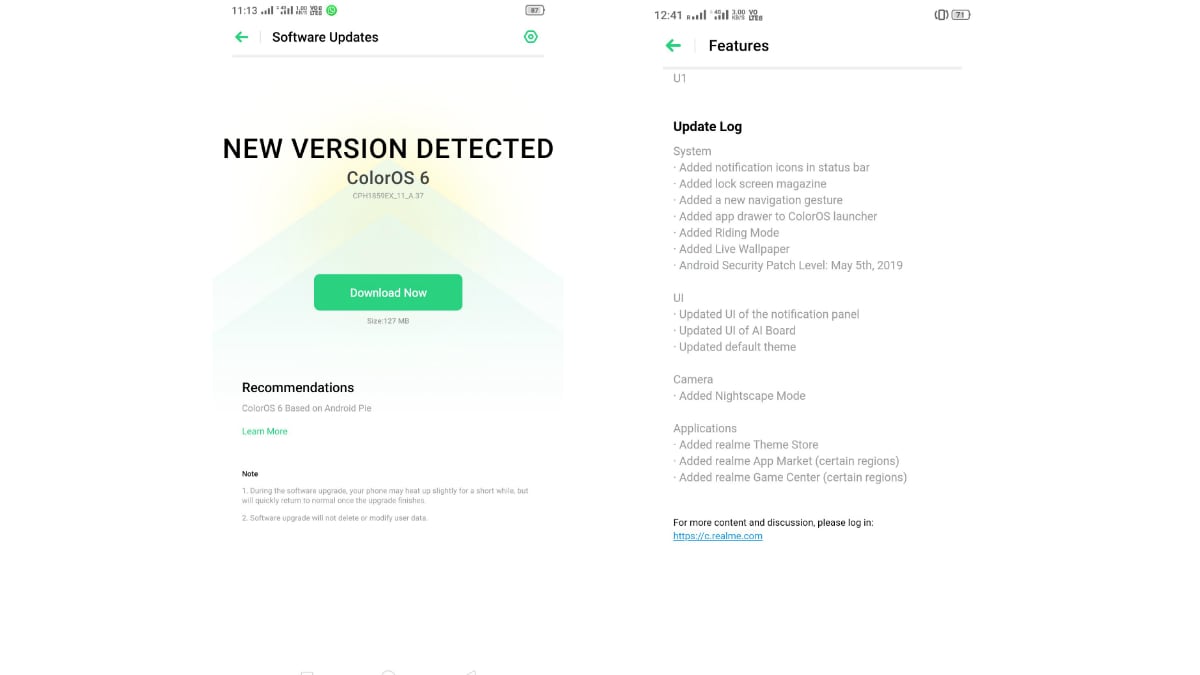 Realme 1 and Realme U1 users are receiving Android Pie

Realme 1 and Realme U1 users are now receiving the Android Pie-based ColorOS 6 update. Realme India Support Twitter handle has confirmed that the rollout is underway and is being conducted in a staged manner. The company says that the update will reach all users soon. Realme U1 users have taken to the forum to share screenshots of the update arriving on their units already. Realme 1 and Realme U1 received the ColorOS 6 beta update earlier this month, and after sufficient testing, the update is now rolling out in a stable manner.

Responding to user queries, Realme India Support Twitter handle says that ‘the stable update of ColorOS 6 along with Android Pie for Realme 1 and Realme U1 is in a staged rollout process and it will soon be reaching to all the devices.' Users have started sharing screenshots of receiving the ColorOS 6 update on Realme forums as well. The size of the update for beta users is about 130MB, but users who weren't using the beta version, may find a large update size.

In terms of changes, the Android Pie-based ColorOS 6 for Realme 1 and Realme U1 will bring new notification icons in status bar, a new navigation gesture, an app drawer to the ColorOS launcher, Riding Mode, and May Android Security patch. Additionally, the updates include new UI for notification panel, update UI for AI Board, and tweaked default theme. Further, the ColorOS 6 adds Nightscape mode, HAL3 support, Realme Game Center, and Realme Community app.

The update is rolling out over-the-air (OTA), but it will be a while before all users get a notification. You can also check manually in the Settings menu. It is recommended to install the update over a good Wi-Fi connection and while the phone is on charge or with sufficient charge.