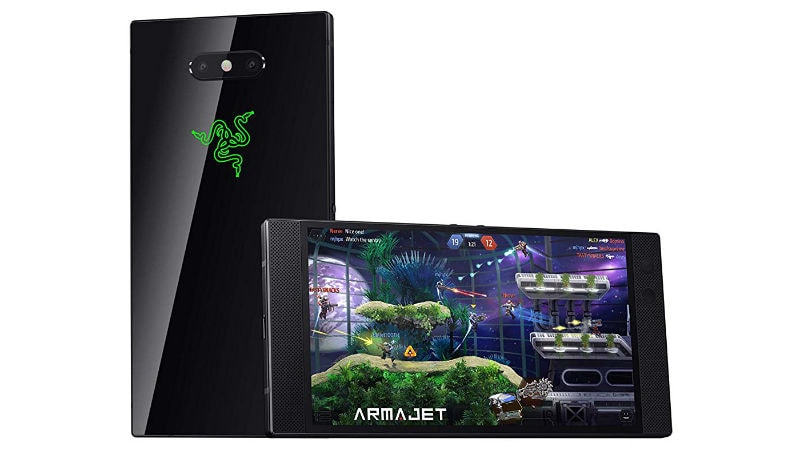 Razer Phone 2 has been spotted on an online store ahead of its launch. Last month, gaming brand Razer had announced that it will launch the second-generation flagship smartphone at an event scheduled for October 10. Just ahead of the unveiling of the smartphone, it has shown up on Amazon Italy's website revealing its price and specifications. The pre-order page on the Amazon site has also revealed the release date of the upcoming handset. As per the listing, the key highlights of the handset include a 5.72-inch display, Snapdragon 845 SoC, 8GB RAM, and more.

As per the Razer Phone 2 listing on Amazon's Italian website, the shipments will start on October 12. The listing shows that the smartphone comes with 'Razer Chroma RGB logo', improved cooling features with a 'unique vapour chamber', and IP67 rating for dust and water resistance. It has a horizontally-positioned dual-camera setup at the back. Interestingly, the smartphone now supports wireless charging.

The Razer Phone comes in a lone 8GB RAM/ 64GB inbuilt storage variant and the listing shows a price tag of EUR 871.42 (roughly Rs. 74,500). As mentioned, interested buyers in Italy can currently pre-book the handset that will go on sale later this week. For comparison, the price of its predecessor, Razer Phone, started at $699 (roughly Rs. 50,800) in the US.

As per the listing, the Razer Phone 2 sports a 5.72-inch QHD (1440x2560 pixels) LCD display and a 120Hz refresh rate. It is powered by a Qualcomm Snapdragon 845 SoC, paired with 8GB of RAM. In terms of optics, the Razer Phone 2 bears two 12-megapixel camera sensors on the back with image stabiliser. The smartphone is equipped with 64GB of inbuilt storage. It comes with two front stereo speakers with Dolby Atmos. There is no information on the battery yet. However, it features a glass back and comes with wireless charging support. The smartphone measures 158x79x8mm and weighs 222 grams.

Realme 2 Pro, Realme C1 to Go on Sale in India for the First Time Tonight via Flipkart: Price, Specifications